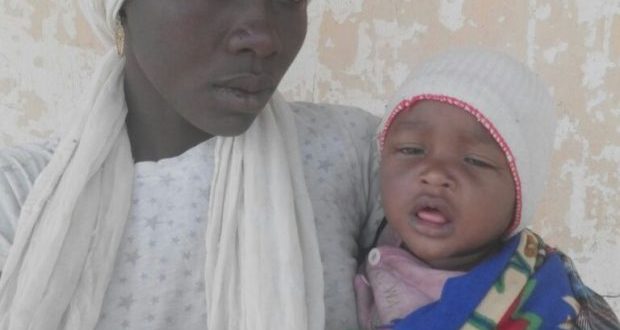 Buhari Hails Recovery of Another Chibokgirl

January 6, 2017 Comments Off on Buhari Hails Recovery of Another Chibokgirl 9 Views

President Muhammadu Buhari has welcomed the recovery of another Chibok school girl, Rakiya Abubakar, in the Alagarno area of Damboa Local Government Area of Borno.

Buhari made his feelings known in a statement issued by his Special Adviser on Media and Publicity, Mr Femi Adesina, in Abuja on Thursday.

He noted that the recovery had raised renewed hope that the other captured girls would one day be reunited with their families, friends and community.

The president also commended the military for the diligent investigation which led to the recovery of Rakiya and urged them to continue in the spirit with which they cleared the Sambisa Forest of terrorists.

Buhari assured that the Nigerian Government would continue to do all within its powers to assist the military in locating the rest of the girls and eradicating the menace of terrorism in Nigeria.

With the recovery of Rakiya Abubakar, the rescued Chibok girls, in the last four months, are now 23.

It would be recalled that about 276 school girls were abducted when members of Boko Haram terrorists stormed their boarding school in Chibok town in Borno in 2014.

No fewer than 50 had escaped in the initial days after the abduction, while another one, Amina Ali, was found roaming around the Sambisa forest with a baby and a man who claimed to be her husband.

The Federal Government in October successfully secured the release of the 21 Chibok school girls after months of negotiation with their captors.

Buhari had pledged to ensure the release of the remaining girls in captivity.