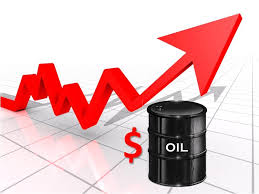 Oil prices extended gains in post-Christmas trading, as OPEC and non-OPEC members are set to start curbing output in less than a week to support oil prices.

London Brent crude for February delivery LCOc1 was yet to trade after settling up 11 cents at $55.16 a barrel on Friday. Oil markets were closed on Monday after Christmas holiday.

Oil has been supported in the past several weeks as the Organization of Petroleum Exporting Countries and non-OPEC members have agreed to lower output by almost 1.8 million barrels per day (bpd) from Jan. 1.
Libya’s oil production rose slightly to 622,000 barrels a day (bpd) on Monday, as an armed faction agreed to lift a two-year blockade on major western pipelines, the National Oil Corporation said.

The U.S. Department of Energy expects to begin sales of roughly 8 million barrels of sweet crude from the country’s emergency oil reserve in early to mid-January, according to a notice sent to potential bidders and seen by Reuters on Friday.

Russia’s oil exports would rise by almost 5 percent this year to 253.5 million tonnes and a “slight” increase was expected next year, Deputy Energy Minister Kirill Molodtsov said on Monday.

Algeria’s Sonatrach will drill 290 wells in 2017 in comparison with 265 in 2016, the head of the oil and gas giant’s drilling division told Reuters late on Friday.

Hedge funds boosted bullish bets on U.S. crude oil for a third week in a row to a near 2-1/2 year high, data showed on Friday, on signs that OPEC and other producers will stick to a deal to cut output.