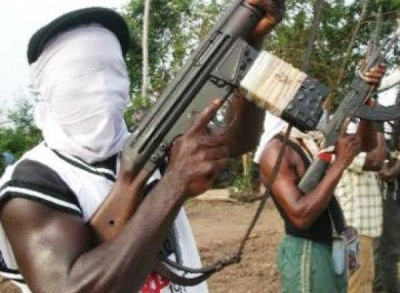 An Unknown gunmen  has yesterday at about 2am, stormed the residence of an Assistant Supritendent of Police, ASP Gambo Adamu at Sha’iskawa quarters in Gusau the capital of Zamfara state and shot him dead. The gunmen believed to be assassins, shot the deceased at close range, causing him to die instantly.
The gunmen also attacked the home of one Ibrahim Muhammad at Filin Jirgi area, killing him in the presence of his wailing wife.

The gunmen informed his wife that they were on an assignment to eliminate three people in the state yesterday and that her husband was one of them. After ensuring their victim had died, they carted away with his phone and other valuables.
The assailants then moved to Rijiyar Gabas area in Gusau metropolis where they clubbed and axed one Salisu Horror, who is currently in a critical state in the hospital following life threatening injuries he sustained from the attack. Confirming the attacks, the state police public relations officer, ASP Muhammad Shehu, said the police is investigating the matter and would soon make some arrests.