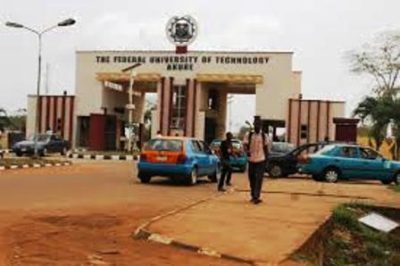 FUTA workers’ calls for their VC resignation during protest

October 11, 2016 Comments Off on FUTA workers’ calls for their VC resignation during protest 33 Views

The workers, who carried placards, gathered as early as 7 am, and blocked all gates leading into the campus.

The protest which was led by SSANU’s Chairman Dele Durojaye, called for Daramola’s resignation following investigation conducted on allegations levelled against him by the Economic and Financial Crimes Commission (EFCC).

During the protest, which lasted for over four hours, people and vehicles were prevented from entering the campus.

The police later intervened and dispersed the protesters.

They later moved to the campus and danced round for several hours that the protest lasted.

The university’s spokesman, Adegbemiro Adebanjo decried the protest, said the two principal officers had reported to the EFCC office in Ibadan, where they were interrogated and later released.