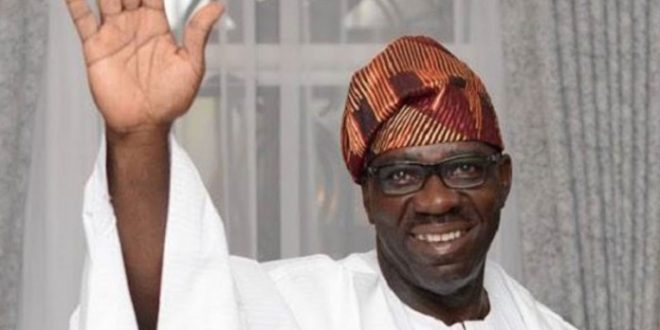 September 30, 2016 Comments Off on Edo Election: My Victory Is Humbling- Obaseki 16 Views

Edo State governor-elect, Mr Godwin Obaseki, has described his victory in the Edo state governorship election as humbling yet deserved because of the hard work of his party in the state over the years.
Mr . Obaseki speaking on Channels Television’s News At 10 reaffirmed his administration capacity to generate the 200,000 jobs he promised during the electioneering.

He explained that the first approach is to ascertain the number of unemployment data in the state and determine which ones can be employed through education and which one will be for other people .

“We have worked very hard over the last eight years to reestablish governance in Edo state. So we had a lot to show to our people and we were able to convince them why we needed to continue with the development strides we started about eight years ago,” he said.

“These will include short term vocational training, skill acquisition and other technical trainings we need to provide them.

“The key here is trying to get people back to work, creating opportunities for them to work,” he said.