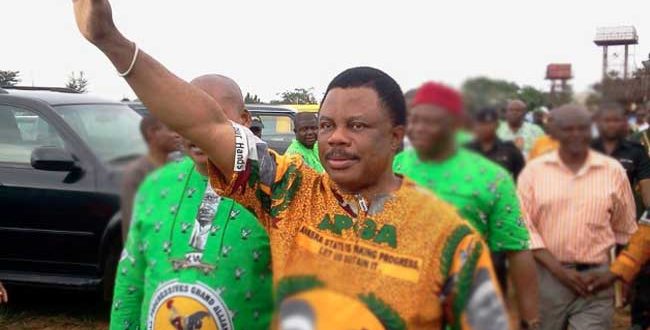 The Anambra State Governor, Willie Obiano, has on Monday made it clear that the the All Progressives Grand Alliance would field a presidential candidate in the 2019 general election.

Obiano said he is ready to reduce the bag of rice to #9 000 if voted into power during the next election in 2019. He stated this in Awka, the Anambra State capital, during the inauguration of ‘Governor Willie Obiano Support Group’, Awka South Chapter.

Represented by his Special Adviser on Political Matters, Mr. Chinedu Obidigwe, Obiano said APGA would want to prove to Nigerians that the party had the solution to the country’s woes.

He said “Anambra is a case study for good governance. If APGA will be given the opportunity to rule Nigeria a bag of rice will reduce N9,000.

“What Anambra has done in agriculture, which resulted in the state having its own brand of rice (Anambra rice) would be replicated at a bigger scale should APGA win the presidential election.

“The state has used scarce resources to resuscitate the state’s economy, leading to infrastructural development and timely payment of workers’ salary”, Obiano stated.