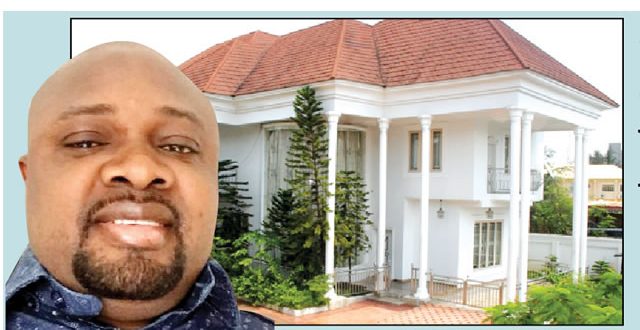 As the  anti corruption charge against the former first lady of Nigeria, Patience Jonathan continues,The Economic and Financial Crimes Commission has  again traced properties worth N1.5bn to a former Special Adviser to ex-President Goodluck Jonathan on Domestic Affairs, Waripamowei Dudafa.

According to report, it was learnt on Sunday that as part of investigations into an alleged case of money laundering, the EFCC discovered some properties, which Dudafa had not been able to explain where he got the money to buy them.

The commission discovered a mansion in the Agungi area of the Lekki-Epe Expressway, allegedly belonging to Dudafa, said to be worth over N300m.

The anti-graft agency also traced a plot of land around the Chevron Estate, off the Lekki-Epe Expressway and a twin duplex within the same area said to belong to Dudafa.

Apart from the Lagos properties, an edifice in Yenagoa, the Bayelsa State capital, was also traced to Dudafa.

A source in the EFCC said, “When we are probing a person, we usually investigate his lifestyle and see if he or she is living above his means. Since Dudafa has already been arraigned for money laundering, we decided to launch further investigations into his lifestyle.

“We found a white mansion in the Agungi area of Lagos, very close to Lekki. He has about four exotic cars in the compound. We did not seal it off because people live there. So, we just placed a sticker on the fence to indicate that the property is a subject of investigation.

“Dudafa also has a twin duplex around the Chevron Estate. We did not seal it off because he has rented the property out. However, he has a parcel of land around the place, which we have sealed off.

“We have arraigned Dudafa and if he is found guilty, he will forfeit the properties.”

Share
Previous New York Explosion Injures 29
Next Nigeria likely to get out of recession in Q4, says Emefiele