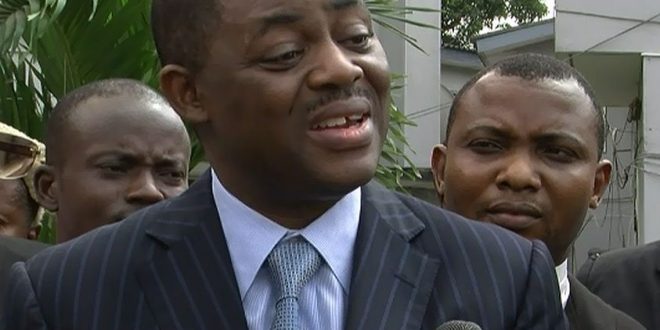 In a recent post on the former Aviation Minister, Femi Fani-Kayode Facebook wall, He said the 5 plane crashes that occurred between 2005 and 2006 just before he was redeployed as Minister to the Ministry of Aviation, were man-made and planned and that the victims were sacrifices.

“Most of our leaders are not human. They are what Mr. David Icke, the famous British historian and public speaker, describes as “hybrids” and “reptilians” who are working for a hidden hand and some very dark and sinister forces.

It is in that context that you can understand their exceptional callousness. They are cold-blooded reptiles and certified psycopaths.

Between 2005 and 2006, just before I was redeployed as Minister to the Ministry of Aviation, there were 5 plane crashes in Nigeria in one year.

453 innocent souls perished in those crashes in that year alone. All of them were man-made and planned. They were sacrifices.

In one case a bomb was planted on the plane. I know this because I took over as Minister and stopped it.

I had access to all the reports, particularly the American NTSB reports.

I wrote to the powers that be and demanded an international investigation only to find out that they were involved too.

I was asked to drop it in very clear and almost threatening terms.

Despite that I told the Senate Aviation Commitee in 2008 at a public hearing what my views were.

I spoke about a blood cult that was in the aviation sector that derived their power from causing crashes.

Because of my testimony at the Senate I became an enemy of the entire system.

From being their darling and blue-eyed boy I became their mortal enemy overnight because I refused to guard their secrets.

They forgot that I was a true believer and child of the Living God. I cannot be part of their evil.

Since then they have hated me and tried to destroy and discredit me in more ways than one but God has been with me.

Members of the public know nothing about their political leaders. And it is worldwide phenomenon.

There is a grand conspiracy to establish a New World Order and most of these world leaders are just puppets of the illuminati, paving the way for the Anti-Christ.

All u have to do us to be in the inner circles of power for one hour to know that these creatures are not human.

They are cold, unfeeling and callous. They kill, maim and destroy at the drop of a hat.

There are many secrets that some of us will carry to the grave.

They say knowledge is power and ignorance comes with a very heavy price and devastating consequences.

This matter is for developed and enlightened minds and sadly beyond most people.