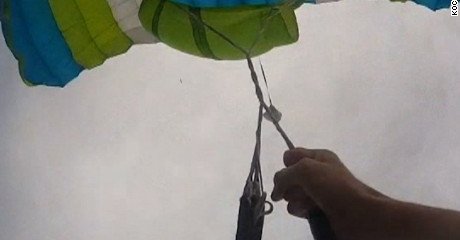 September 11, 2016 Comments Off on Skydiver killed after parachute fails to open 15 Views

A woman died after her parachute failed to open while she was sky diving in northern England, police say.

Paramedics rushed to the scene of the crash Saturday in Shotton Colliery, County Durham, after the 49-year-old plummeted from the aircraft, Durham Constabulary said in a statement.

The woman, from the nearby town of Hebburn, was taken to hospital, where she died.

“The lady who has died was using her own equipment and was making her first sky dive in this country, having previously made parachute jumps abroad,” he said.

He said police would work with safety authorities and the British Parachuting Association to establish why the parachute failed to open.

Share
Previous Most rich Nigerians are been financed by bank debts – Emir of Kano M. Sanusi II
Next Gunmen Abducts Pastor in Rivers