September 9, 2016 Comments Off on Why HiTV Failed- Toyin Subair 33 Views

My great mentor asked me one day, a few years ago, why after the appointment of a Receiver/Manager by GTB over the assets of HiTV I gave up fighting and just rolled into a semi coma.

He said this because, he knew how hard we fought to save it. I responded with the story of King David crying to GOD over his sick child but then quickly wiped his face off, ate and started drinking, when the child was pronounced dead. You really just must know when to move on so that you can see and take the future opportunities that will come your way. Thereafter, Solomon, the wisest and richest ruler of Israel was born to David because he looked and lived forward.

People who care, ask me what happened to HiTV and others in their supreme wisdom profess their own reasons. I have kept my peace and quietly moved on in life, until I wrote an article recently about 1 million Digital Jobs from the Creative sector. I realise, however, that if I am throwing a challenge to other entrepreneurs to be bold and creative, I, who used to be a poster boy for a generation and who failed after 5 years of a great business endeavour, owed it to them to share my HiTV experience. 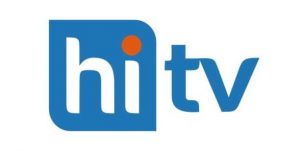 HiTV collapsed essentially because of a clause in our original Shareholders Agreement, which allowed a group of founding shareholders to block the company raising money or selling off a subsidiary. This right was exercised to block our capital raise because it was believed to be a possible ploy by another group to take control of the company. We the management were caught in the middle and it took us another 8 months to pursue the alternative that was acceptable to the shareholders but by that time the equity market had gone bust, leaving us grovelling all over for debt.

Every power you give up has future ramifications so don’t sign away your life for what may be a quick fix or a “morsel of bread” as it might come back to bite you. The same right you give to Mr A and is used wisely, will in the hands of Mr B be used to destroy your dreams.

I failed to know and manage my investors properly, which made it hard for me to mediate when they didn’t see eye-to-eye.

Your neighbour, banker, staff, bloggers, enemies are watching you and it is not what you are that matters but what others see and are saying about you.

Once you are funded by other people’s money, either investors or bankers, it matters what they think. So your lifestyle must be measured. Even if you have access to other sources of income, you must be prudent in spending and seen to be prudent else it will be assumed that you are “extravagant” and/or diverting other people’s money for your own personal use.

Soley because it is common place in Nigeria for executives to mismanage corporate funds , people are quick to judge and assume every situation is the same . I never touched company money or take a single bribe or kick back. HiTV had full corporate governance rules in place and a budget that was jealously guarded by a Board that sat 6 times in a year. Even when I went out or travelled with a supplier, I always insisted on paying, but only my shareholders and management team knew that. This forthrightness of mine made me throw caution to the wind since I knew I was clean BUT unfortunately I didn’t realise the negative impact it could have on my reputation. The first thing your adversaries or haters target in order to bring you down, is your reputation. Protect it.

One thing we did right was to invest in the lives of our people. I inspired all my staff, which grew to about 380 plus, in 6 locations in Nigeria and a London office, including over a thousand dealers, by making sure I led by example, sent them on trainings, exposed them to the international market and bought them books to read about Media, and very importantly made them know we were all in the same boat. If I was comfortable they also had to be, and if they were going through pains, we had to do it together.

I have always marvelled at the Receiver/Manager and people who thought HiTV could be locked up with chains? HiTV is today a force in different companies making or waiting to make a difference.

However, make sure the people you train and inspire do the same to their sub-ordinates. Usually Nigerians are scared to pass knowledge for fear of being replaced and so you have to teach them to let others fly. Reading the 1 Minute Manager meets Mr Monkey taught me not to micro-manage and get people to earn their pay so that I can be free to do the bigger things. The balance to delegation is to make sure there is a system to ensure that those who are working are justly rewarded.

In the absence of a technical foreign partner, we learnt our trade on the job and intensive trainings and we were just implementing our robust researched systems and processes when the company was closed down. How I would have loved to see its results.

We gambled on building a company with debt with the hope of converting it to equity once we proved the model. As I said earlier, we were impeded from doing this at the right time. At 25-27% interest on debt, most businesses cannot survive and you will be a slave to the banks for life. That is why they take collateral from you. They lend against your collateral not your business case. Regardless of our strong cashflows, the funding requirements continued to increase. Similar businesses in Europe like Sky, Virgin, Polsat etc had worse debt profiles whilst building up their Brands and subscription models but their markets have sophisticated equity and debt.

Unfortunately, we have no sophisticated equity market and I mean Angel investors and/or Venture Capitalist in Nigeria and without that, who can survive? It pains me to admit that someone told the then Minister of Information that Nigerians can’t fund our type of business and I was really hoping to prove him wrong but Alas!

We paid 40 million dollars for the first year of the second term of the EPL from mostly equity. But still had to come up with a guarantee of about 70 million dollars for the latter 2 years and in Nigeria, guarantee requires cash in bank. The alternative bank we were forced to use despite all their assurances and being offered half of the amount by another Bank failed to issue same on that fateful Tuesday and only offered it to us on Thursday. Meanwhile the EPL sold it to our competition on Wednesday morning.

Watch your debt profile. HiTV was paying an average of 1.1billion Naira approximately in interests and guarantee charges annually, for over 5 years! For a new company, we did a damn good job but really got blown out once our house was divided. I never live by debt and so was really ignorant about how interest works up till HiTV and of course since then you wont catch me near it. But what do you do when you have to? They say internationally that “equity is more expensive than debt”, but that is NOT true in Nigeria. Debt is way too expensive and destructive.

At the end of it all I was sued in my personal capacity for the debts of the company by the bank, but we have since sorted out our differences, agreed, signed and filed terms of settlement in all legal actions. The Managing Director simply told me, when we finally met, that since we all owned the company I had to pay out of the liability and not just dump it on them. It made total sense to me and I offered them what I had, they accepted and that was it. Fair is fair. You can’t avoid a lot of skin in the game because investors will be looking for this.

I ignored government to my peril. The competition spent a lot of time courting all arms of government and I was a simpleton. We just expected the whole world to cheer us on. The laws in Nigeria are as empty as they are full. A lot of writings but you have to make sure your business model is adequately protected.

What laws do you need, or what interpretations of the laws do you require, go and get it passed or adjudicated. Don’t assume its there and don’t be afraid of offending anyone. A few weeks before we lost the EPL rights we were approached by the competition to share it with them, in writing. We agreed and were completing the approvals on both sides when we lost the rights. Since they bought it, we asked them for it on the same terms as we had agreed to give it to them just 2 weeks prior, they refused. We ran to government to enforce the fairness clauses of the NBC Act but it fell on deaf ears.

We really should have actively pursued the enactment of anti- monopoly laws and competition rules early enough as exist everywhere else in the world. The truth is we never believed in monopoly and offered all our acquired TV rights to anyone who was ready to share the price with us. Our purchase of football rights was defensive, as that was the only way we could get it. Unfortunately, our government was happy to, as they continue to be, leave everything in the hands of foreign dominant players.

And whatever we were ready to pay for those TV rights was still far less than what Nigeria was losing from the repatriation of profits by the foreign companies operating in the country!

They say Power is not served al a carte, you have to take it forcefully. And if you are going to take it, make sure you succeed! I didn’t, but I am glad I tried. It is the most meaningful, joyful and the greatest thing I have ever embarked on. I can still see the sparkle in the eyes of every true partner of that journey I meet.

In conclusion of HiTV 101, I will say this, our thinking that we were doing the right things and following the patterns of all international Pay TV companies was not enough, we had to successfully domesticate those patterns and that proved difficult. Thankfully, our good intentions and hard work have helped most to get great jobs and new opportunities and challenged foreign companies to do more locally.

Whatever you do, live forward.

Share
Previous The True Meaning of Recession
Next With Prayers, Recession Will Be Overcome- Saraki 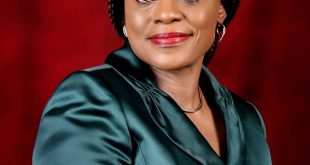