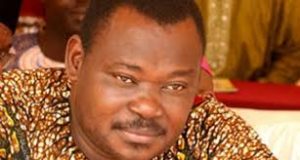 Ibrahim was elected after three other aspirants had stepped down for Mr Ibrahim, he polled 502 votes to emerge the winner with his only co-contestant, Mr Olusola Ebiseni, scoring 41 votes while 17 votes were voided.

In his acceptance address, the factional flag bearer promised to defend the mandate by creating jobs and making Ondo State an industrial hub.