August 28, 2016 Comments Off on NIMASA Shares Views On Customs Board Chair 19 Views

The Nigerian Maritime Administration and Safety Agency (NIMASA) has said that it was yet to lend its position to the on-going stakeholders debate on the constitution of the chairmanship and board membership of the Nigeria Customs Service, saying the agency may do so at the appropriate time.

A statement by the agency’s spokesperson Hajia Lami Tumaka said the clarification had become necessary in view of “news making the rounds in certain sections of the media purporting that the Agency is opposed to the Comptroller General of the Nigerian Customs Service (NCS) also serving as chairman of the Board”.

A staff of the agency identified as Momoh Alhassan, was said to have aired a personal view at a recent public event in which the “personal view” was being attributed to NIMASA.

The said staff of the Agency had reportedly stated that NIMASA was pushing to be represented on the Board of the NCS.
“We want to state categorically that this is not the position of the Agency. The event which was held in Lagos and organised by the Nigerian Customs was intended to sensitize stakeholders and garner feedback on the proposed amendment to the Customs and Excise Management Act (CEMA).

“Mr. Momoh Alhassan, though a staff of the Agency was merely expressing his opinion in his personal capacity.

“NIMASA is not unaware of the correct procedure to be adopted in making its own presentations on matters of this nature which the Agency regards as very important” she said.

According to Tumaka, NIMASA would in the future articulate its position on the draft law which is expected to be forwarded to the National Assembly for legislative input and passage, after a public hearing on the issue.

“As a responsible organisation, NIMASA is dedicated to its core mandate of promoting the development of indigenous commercial shipping in international and coastal trade and the regulation of the maritime industry in Nigeria. The Agency will therefore always commit to only those ideals that can further this course” Tumaka added. 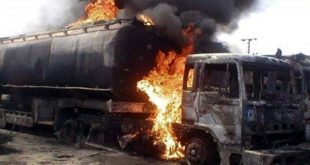 Ten people have been confirmed dead after a petrol tanker exploded in Lokoja, Kogi State, … 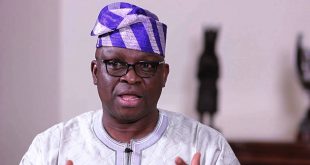 President Muhammadu Buhari has condoled with the former Governor of Ekiti State, Ayo Fayose on …