August 27, 2016 Comments Off on Kale: No Presidential Underhand in Delayed Release of July Inflation Figures 22 Views 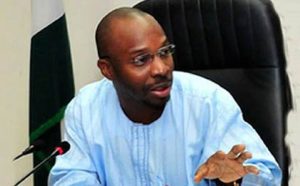 The Statistician General/Chief Executive, National Bureau of Statistics (NBS), Mr. Yemi Kale has refuted speculations that the release of the July inflation figures had been deliberately delayed by the presidency because it was unfavourable and reflect badly on its handling of the economy.
Rather, he said the “delay was due to some challenges we faced at NBS which delayed progress.”
He added that the data would now be published on August 31 in line with its revised data calendar.

Previously, monthly inflation estimates had always been released by the middle of the subsequent month and the readings for July ought to have been released by mid-August but is still being delayed, raising concerns by the investing public.

Inflation figures are seen as critical for investment decisions especially in the financial stability efforts by the Central Bank of Nigeria (CBN) which monitors inflation trends in order to take decisions on whether to raise or decrease the interest rate.
The seeming inability of the bureau to issue a timely statement on the delay had given room for various speculations from the public, largely because some analysts had projected that inflation would rise further in July.

The Consumer Price Index (CPI) which measures inflation had risen to 16.6 per cent in June from 15.6 per cent in May, representing the fifth consecutive month that the headline index would increase relatively strong.
Essentially, given the current fiscal and economic challenges in the country-whereby consumer purchasing power had been greatly reduced-with its attendant economic hardship that has called the present administration to question, a further rise in inflation rate would obviously be unwelcoming for the government, raising rumours from some quarters that the delay in the release had an underhand of the presidency.

However, in a swift response to the rumours, Kale, whose tenure has reportedly been renewed by President Muhammadu Buhari, having completed his first tenure, said there was no substance in the allegations that the presidency was responsible for the delay.
In a statement, he said: “There is no truth whatsoever in the rumour that the presidency has asked NBS not to release inflation reports or any other report for that matter. If anything, the presidency especially my ministers and the economic team headed by the Vice President – has not only encouraged but pushed for the NBS to complete its data assignments on time and accurately as they need it for effective policy decisions.”

“The importance they (government) accord accurate and timely data is why as statistician general, I have repeatedly been asked to be part of the economic team’s deliberations.

“Accordingly, this story is false and should be disregarded. The data will be published on the 31st in line with our revised data calendar on our website. Neither the presidency, my ministers, nor any government official has ever interfered in NBS work.
The delay was due to some challenges we faced at NBS which delayed progress.”

According its revised calendar, also to be released on same date are the foreign trade estimates and labour productivity statistics; Gross Domestic Product estimates; job creation and labour force estimates; capital importation and FDI reports among others.