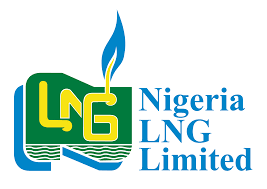 Uneasy calm now pervades the upstream sector as seafarers working with the Nigerian Liquefied Natural Gas (NLNG) Wednesday went berserk in protested over a 50 per cent cut in their salaries and wages.

Trouble started when the seafarers received a mail sent to them by the company mandating all Seafarers to sign and comply with the cut within seven days or risk losing their jobs.

They claimed the step was unusual as no such thing was previously discussed with them through their leaders as was the usual practice, before the mails came to the in droves.

Condemning the drastic salary slash which is to take effect from September 1, and the manner at which they were informed, they described the act as being unjust, inhumane and partial.

The mails indicating the 50% salaries cut had indicated that the move was as a result of the prevailing harsh economic realities.
But the workers argued that against the reasons of economic realities by the company for the salary slash, they also have to contend with the increase in the means of livelihood and the current level of inflation in the country.
A representative of the workers, Titus Aligwe, said the Seafarers of other nationalities within NSML were affected by only 20 per cent cut, which means giving them better consideration above indigenous staff.

He said that the Seafarers of other nationalities which include Indians, Pakistanis, Russians, Croatians, among others were also challenging the wage cut.
Aligwe further disclosed that their office based colleagues at NSML, NLNG and Bonny Gas Transport (BGT) were not affected at all. The seafarers explained that the proposed 50 per cent salary cut would subject them to earn far below their other counterparts in other companies.

The Crewing Manager of NLNG, acting on behalf of NSML management had issued the mails requiring Nigerian Seafarers to sign and comply with the proposed 50 per cent salary cut within seven days or risk losing their jobs.
The arbitrary salary slash is expected to take effect from Sept. 1 2016. Nigerian Seafarers condemned the manner of informing them without proper consultation as partial and unjust.

The protesting Seafarer’s group said management’s proposal is tantamount to modern day slavery considering their years of rigorous training at Maritime Academy of Nigeria (MAN), and another three years study in the UK.

Also speaking Peter Tobori explained that rather than salary cuts, they deserved an upward wage review which the company has failed to live up to its mandate since its inception in 2009.

They also expressed worry that the NSML may become moribund as the defunct Nigerian National Shipping Line (NNSL) and something ought to be done to halt the trend.

Share
Previous “I have Enjoyed My Life!” Ola Balogun Speaks As He Turns 71
Next Tales from Rio By Reuben Abati