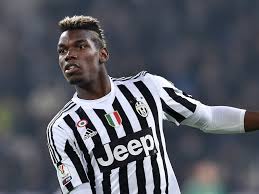 According to a statement by the clubs official website which says, “Manchester United is delighted to announce that Paul Pogba has completed his transfer from Italian club Juventus. Paul joins on a five-year contract, with the option to extend for a further year”.
Pogba expressed his delight to rejoin his former club and to work with the new manager, Jose Mourinho.

“I am delighted to rejoin United. It has always been a club with a special place in my heart and I am really looking forward to working with José Mourinho.

“I have thoroughly enjoyed my time at Juventus and have some fantastic memories of a great club with players that I count as friends. But I feel the time is right to go back to Old Trafford.

“I always enjoyed playing in front of the fans and can’t wait to make my contribution to the team. This is the right club for me to achieve everything I hope to in the game.” he said.