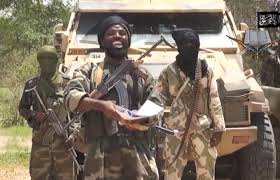 The Islamic State(IS) has announced Abu Musab Al Barnawi as the new leader of Boko Haram.

Al-Barnawi was announced as the new leader of the insurgent group in the latest issue of an IS magazine as reported by BBC.

The purported Boko Haram new leader , Al- Barnwani was formerly the spokesperson of Boko Haram and was said to have been responsible for the bombing of United Nations building in Abuja on August 2011.

In one of the messages released in his years lead to a brutal campaign against the Nigerian state.

Shekau took over as the insurgent leader after the group’s founder, Muhammed Yusuf died in police custody in July 2009.

Share
Previous Five Years After UNEP Report – Will Ogoni Breathe Again? By Nnimmo Bassey
Next I Have Been Visiting Aso Rock At Night – Goodluck Jonathan