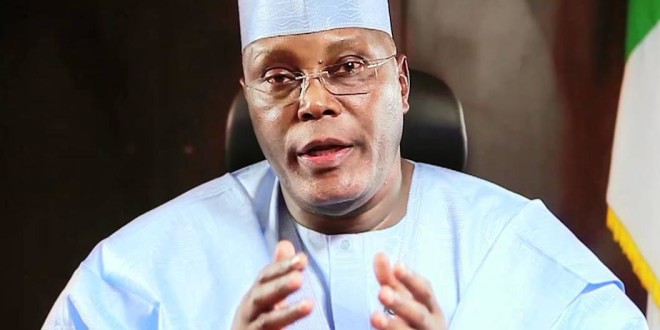 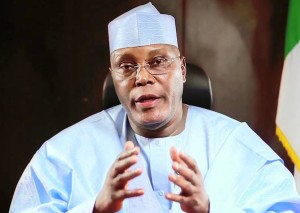 He spoke on the theme of the conference, “The Challenges of National Integration and Survival of Democracy in Nigeria.”

The former vice-president explained that he has been an advocate of restructuring for over a decade because be truly believes it was the key to solving some, if not most of the nation’s problems.

He stressed that Nigeria had struggled to build a nation where the component units would feel a true sense of belonging.

Atiku said, “As a country we have struggled to live up to this ideal. We have obviously not done enough to realise national integration, and the survival of our democracy is still a work in progress.

“The cost to us has been enormous. We even fought a civil war to forcibly keep the country together.

“Since the various amalgamations that created the entity that we now call Nigeria, different segments of Nigeria’s population have, at different times and sometimes at the same time, expressed feelings of marginalisation, of being short-changed, dominated, oppressed, threatened, or even targeted for elimination.”

He explained that other pressure groups had expressed similar frustrations arising from a sense of exclusion and helplessness, believing that their voices were not being heard or that they were unable to hold those in power to account.

According to him, previous initiatives aimed at addressing these concerns have not yielded the desired results as mutual suspicions still exist adding that, “If anything, our unity has been fragile, our democracy unstable, and our people more aggrieved by their state in the federation.”

He stressed that his belief in one strong and united Nigeria has remained strong and that we are stronger together.

Nigeria’s unity he said, is worth sacrificing for and that the component units should look at the bright side of restructuring because it remains the only way to go.

He noted that it was not a secret that many Nigerians from outside the North hold the view that the main beneficiary of the status quo has been the north, an undifferentiated north.

Atiku said, “The north and Nigeria have not been served well by the status quo and there is need for change.

“Who among us who went to primary and secondary school in the 1960s had much to do with the federal government? Did the northern regional government wait to collect monthly revenue allocations from Lagos before paying salaries to its civil servants and teachers or fixing its bridges and roads?”

He urged Nigerians irrespective of their religious, political or ethnic persuasion to support the restructuring of the nation.

Share
Previous #SaveMayowa: Family Must Sign Consent Form For Her Release, Says LUTH
Next Over 100 Militants Killed As Military Intensifies Bombing of Arepo