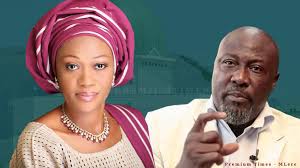 I Will Not Apologize To Remi Tinubu- Dino Melaye

July 19, 2016 Comments Off on I Will Not Apologize To Remi Tinubu- Dino Melaye 20 Views 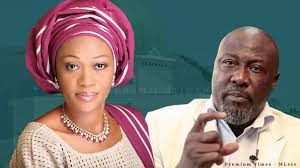 Dino Melaye, senator representing Kogi West on Tuesday said he would not apologize to his colleague, senator Oluremi Tinubu over the brawl that occurred between two of them last Tuesday at the closed door session in the national assembly.

Melaye speaking today at the executive session in the national assembly when he was asked by his colleagues to apologize to Senator Tinubu said he did not wrong saying “great minds don’t dwell on issues; they act and move on.”