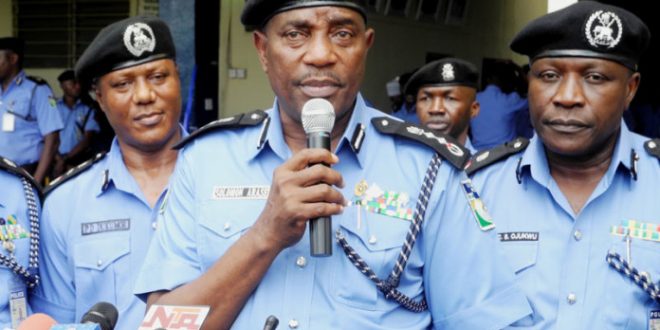 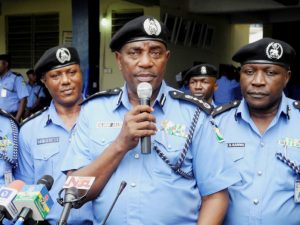 The acting Inspector-General of Police, Ibrahim Idris, says his predecessor, Solomon Arase,  went away with 24 police vehicles while the seven Deputy Inspectors-General of Police, who retired alongside him, also carted away between seven and eight cars each.

Idris stated that he had written Arase to return the cars, which included two official bullet-proof BMW 7 series cars, adding that the retired police chief and his DIGs had yet to return the vehicles.

The IG, who said this during an interview with journalists on Sunday in Abuja, explained that a special investigation team was already looking at the records of police vehicle purchases in the last three years as well as how they were distributed.

Arase, however, denied the allegations of his successor, saying he didn’t go away with any police vehicle.

The former IG, who spoke to our correspondent on the telephone on Sunday, denied taking away 24 police cars, describing the allegations as a malicious propaganda.

He said, “What am I going to do with 24 cars? Do I want to open a car shop? This is a malicious accusation. There are ways of verifying issues rather than engaging in media propaganda.”

But Idris, explaining the steps he had taken, said, “If you look through the windows of my former office and from the report from my (Force) transport officer, you would see cars but a week to the day I would resume, all these cars disappeared.

“So, what I am telling you is that I have signed a directive to my SIP (I have a special investigation panel, I set it up). It is going to investigate all the vehicle purchases, contributions to the police and the distribution of those vehicles in the last three years; we are going to look into that.

“When I took over, there was no vehicle, even the vehicle I would use. I discovered the last IG went away with 24 vehicles; the DIGs, some of them eight, some of them seven. The IG’s vehicles included two BMW 7 series, one armoured; and he left me with an old car.

“The last time I followed the President with it, he was asking me, ‘what are you doing with this old car’ because if you see the headlight, the thing has changed colour, which means they parked it and rains and everything had fallen on it, but the new ones that were bought, he (Arase) went with all of them; they are part of the 24.

“I wrote back to him and said, we have a policy that says when a policeman retires, if you are an IG, AIG, a CP, you are entitled to some vehicles; please, the extra, return it. Four vehicles are enough for an average human being, but what will you even do with four vehicles; but he took 24 vehicles, including two BMW cars.

Idris disclosed that the Police Management Team would probe the last promotion in the Force following complaints by many police personnel that their juniors were promoted over them.

He explained that the probe was to address the discrepancies and complaints by aggrieved police personnel, who were allegedly short-changed during the exercise.

Idris stated that the probe panel would be set up to verify if the promotion was in line with the police service commission policy and regulations.

The IG explained that his focus was to run a democratic police organisation, which would be responsive and accountable.

He added that he had directed some audit firms to audit all police investments to make them more transparent and ensure that the rank and file, who were also shareholders, had more say in the police companies.

On strategies to curb the increasing wave of kidnapping and other crimes, Idris said he would strengthen, retrain and equip the Special Anti-Robbery Squad to be more responsive and responsible.

He said he recently removed some Area Commanders in Rivers and Kogi states when he learnt that they had been compromised.