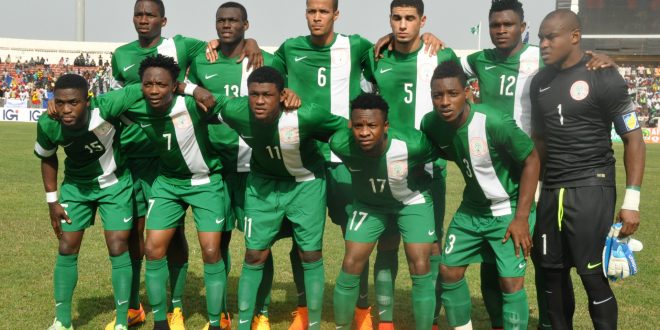 FIFA rankings: Nigeria Falls To 70th In The World 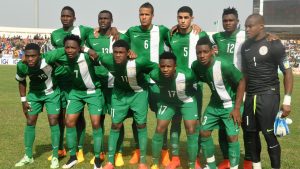 Three-time African champions, the Super Eagles, have dropped nine places to the 70th position in the latest FIFA rankings released on Thursday. And as a result of the slide, Republic of Benin and Ugandan are now ranked above Nigeria.

Eagles have been witnessing a steady decline on the monthly rankings but Thursday’s review by the world football governing body produced new all-time low for the former African champions who are in need of a new permanent manager.

Nigeria are also well behind two of their 2018 World Cup final qualifying round opponents, while they are above the other team.

Guinea Bissau’s qualification for the 2017 Africa Cup of Nations earned them their highest ever place. They have moved up 40 places to 75 on the global list and 19th on the continent. A 3-2 win over Zambia on June 4 saw Guinea Bissau reach their first ever African cup finals next year in Gabon. Comoros Islands have also reached their highest ever position on the list at a modest 155th. The biggest movers were Kenya who gained 43 places up to 86 globally and 22 in Africa.

In the global rankings, Argentina keep their place as world number one despite losing their Copa America final to Chile, while Belgium retain the second spot even as they fell at the quarter-final stage at Euro 2016. Colombia, Germany and South American champions Chile make up the rest of the top five. European champions, Portugal, moved up two places to sixth.

In Nigeria, Federation Cup holders Akwa United have remained on course for the title defence and will now face Nasarawa United for a place in the semi-finals. In other quarterfinal clashes, giant killers Crown will face Nigeria league leaders Wikki Tourists, Warri Wolves battle IfeanyiUbah, while Rivers United will take on the winners of the Round of 16 tie between J.Atete and Enyimba.

Share
Previous RMAFC Canvasses Upward Review Of VAT To 10%
Next I Drove N1.2 b Cash To Fayose’s Hotel – Driver Confesses