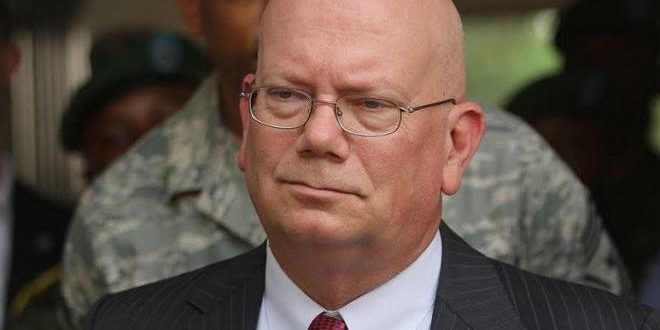 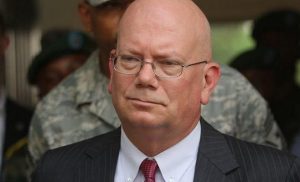 The lawmakers- Mohammed Garba Gololo, Samuel Ikon, and Mark Gbillah – were accused of sexual impropriety while on a training programme in Cleveland, Ohio, United States between April 7 and 13.

The ambassador blew the lid on the scandal in a June 9 letter to Speaker Yakubu Dogara. He said the members brought disrepute to the parliament by soliciting for sex from prostitutes and one of them grabbed a hotel housekeeper in a bid to rape her.

While Dogara insisted that unless evidence is provided, the onus of proof is with those making the allegations as the lawmakers are legally presumed innocent.

On June 21, the House during plenary mandated its joint committees to investigate the allegations. The committees are: Ethics and Privileges, and Foreign Affairs.

The invitation for the ambassador to appear before the committee today was moved till Thursday on the request of the embassy.
The Speaker said no evidence had been forwarded to his office apart from the letter, and that there can be no conviction without a trial.

“Together with the U.S. Embassy in Nigeria, we will get to the bottom of this matter”, he said.
Sources told The Nation yesterday that Entwistle may shock members by providing video evidence of the alleged misdeeds based on the continuous denials of the three members and the posture of the House that the Ambassador must show proof. But this information could not be independently confirmed.

Others expected to appear before the probe panel are : Minister of Foreign Affairs Geoffrey Onyema; Committee for the Defence of Human Rights, the three accused lawmakers and seven other lawmakers that attended the leadership Programme.

Chairman of the House Committee on Ethics and Privileges, Ossai Nicholas Ossai, said yesterday the committee decided not to extend the invitation to the hotel management.