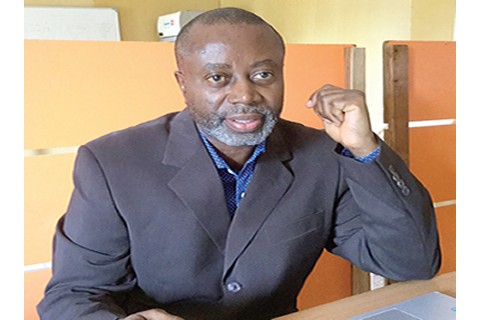 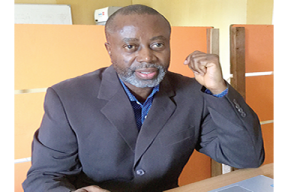 Chido Onumah, A Journalist And Rights Activist, Is The Authour Of We Are All Biafrans. In This Interview With TEMITOPE OGUNBANKE, He Speaks On Restructuring Of Nigeria, Anti-Corruption War And Agitations By Ethnic Nationalities

What was the motivated your recent book titled “We are all Biafrans?”

We are all Biafrans is the third book I have written in the last five years as a way of adding my voice to the need to redefine Nigeria; to come to terms with the reality of Nigeria of the 21st century. My first book five years ago was titled “Time to reclaim Nigeria” and the second one published two years after was “Nigeria is Negotiable.”

The basic idea is to draw attention to the clear and present danger of the Nigeria situation. That we have come to a stage in our national life, where Nigerians as a people have to come to terms with the current reality. The reality is that there is an existential crisis in Nigeria.

We need to realise that more than any other issue, the existential confidence in this country have weaned down considerable; so, we are in a crisis and Nigerians must urgently rise to the occasion to address the problem.

What are the major challenges that you think Nigerians need to tackle urgently?

For me, first and foremost is the structure of Nigeria. Within that contest, there are so many other things we can deal with. My attitude is that restructuring Nigeria has become a categorical imperative. It is either we restructure or we perish.

That is the stage we are as a people. Restructuring has become a categorical imperative for Nigeria considering the serious lack of existential confidence. People in leadership positions wish to make progress but that feeling of ownership is seriously lacking.

So, more than anything less, that for me is the fundamental issue. Forget about fighting corruption, providing infrastructure, the poor state of health services in this country, the collapse of education and the poor economy we are experiencing now. All of these, I think are as a result of crisis of nationhood.

You can only begin to deal with these issues once we have been able to settle that crisis of nationhood. Of course, most of these things, including corruption are as a result of the corrupt nature of the Nigerian state and Nigerian like somebody put it, is corruption. So, you can’t build something on nothing as the lawyers would say.

But some people are of the view that the demand for restructuring is based on ethnic agitations, while others see it as an elitist idea…

It depends on how people look at it. There are different dimensions to the problem; that is why I mentioned earlier that the issue is not whether to restructure but how to restructure. It goes beyond the eth-nic issue. Of course, people have the right to self determination; it is a fundamental human right and we have seen what happened with the poll in Britain; whether they should remain in European Union or not. And that is going to lead to series of other debates even within United Kingdom itself; whether it will remain one entity and so on.

I don’t buy the argument that restructuring is an elitist concept because beyond the way our elites used it for their own personal interest, deep down you can also experience the feelings of ordinary Nigerians across the country and either they don’t feel involve and ownership of Nigeria.

We just got a revelation that our own Chief of Army Staff has property in Dubai. Does that give a sense of elite that believes in this country? No, he doesn’t. Whether he built or bought those houses through corrupt mean or saved money to build or buy those houses as the Army has come out to claim, what does it say to Nigerians that the Chief of Army Staff has some fanciful property in far away land? How many army chiefs around the world are able to save enough money to own luxury property not to talk of buying luxury property in another country?

The issue is not limited to the Chief of Army Staff alone because as it is for him is also for ministers and governors. It therefore means that that is where their hearts are, not this country that they purport to govern. They send their children to schools in Dubai, Europe and America.

The president, governors and ministers when they are sick, go outside the country for treatments. No country can survive and function effectively when you have elites and leadership that doesn’t believe in the country they run.No matter how people look at it whether it is an elitist concept or not, of course when it works for them, they use it but the consequences are things they cannot even control.

The consequences can be seen on ground like the agitation for Biafra, Niger Delta Avengers, Boko Haram crisis, herdsmen crisis and so many other crises. So, this destruction of Nigeria has created tension and contradictions at all level, whether economic, social or political. And I can take each one after the other.

The economic crisis in Nigeria can be ascribed to bad leadership, which for me is also in a way caused by our attitude to Nigeria, which itself is a reflection of the structure of Nigeria, where people do not feel serious ownership about this country.

It is reflected politically looking at agitation if one person is a president from one part of the country and the other side of the country don’t feel that this country belong to all of us. A lot of people feel alienated; they feel that they are not being protected in the country and so on. So, I think we should forget about the concept or the theory and look at what is happening practically.

Does Nigeria look like a country that is working or that is safe for people?

Why do you think Nigeria is not working?

Nigeria cannot function effectively the way it is structured now. The present structure is flawed. The structure of Nigeria is flawed in the sense that the country was created in the image and for the interest of the British colonialists over 100 years ago.

But unfortunately, six years after the independence of Nigeria, when the country was struggling to find its balance, the military came and distorted everything that was in place. They distorted the agreement on which the nation was created, which was federal system of government and they imposed a military command, unitary system of government, which has negated everything; whether democracy, the rights of people, economic prosperity.

It has negated all of that and the result of that is shown in the kind of crises we are experiencing today.

Do you really believe that restructuring can solve the crises in different parts of the country?

I think restructuring can if there is understanding and agreement, may be whether we want to do a referendum or people come together just like the 2014 National Conference. The meeting will provide opportunity for people to table issues, worry and concern to express their minds on what they want.

There can be an agreement in which people will say let us have a federal system where states can control their resources. The other aspect, which I think is more important, is that, I don’t delude myself that restructuring will solve Nigeria’s problems. No! Restructuring for me is the beginning of the problem. We need to have a nation first.

As a people, we need to first of all define and redefine Nigeria and come to an agreement. So, when I talk about restructuring, I am not thinking that once you restructure, education would be free and all the problems of Nigeria would be solved. You have to restructure and agree that this is how this country will function.

That is when we can start dealing with education, health, infrastructural problems. Trying to tackle the problems without restructuring is like putting the cart before the horse. People need to have belief and confidence that Nigeria belongs to them.

Some people have attribute corruption as Nigeria’s basic problem. Do you think Nigeria can be restructured effectively without first tackling corruption?

My argument is that it is the system that people respond to. It is not as if there no corruption in Europe or America; it is because they have a structure that when people are arrested for corruption, they are dealt with. What I am saying is that the system we operate in Nigeria does not create room for rule of law to thrive.

So, people don’t get punish for been corrupt. The system itself is built on corruption. For example, look at the National Assembly and see what is going on there. Many of them are wealthy people, yet they are collecting millions for wardrobes allowance.

Nobody is questioning them and they are collecting billions for car allowance. So, we can even ask ourselves, do we need that kind of bogus National Assembly in the process of restructuring Nigeria?

Share
Previous Buhari To Looters: Come And Negotiate With Us
Next Education Ministry, Stakeholders Agree On N2,500 As Post-UTME Screening Fee