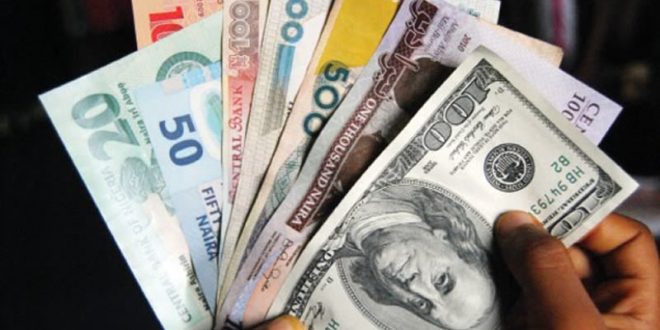 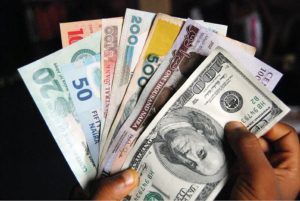 Manufacturers who had outstanding dollar requests and Letters of Credit (applied for at N197/dollar) before the new foreign exchange policy came into existence lost approximately  N348.6bn by Monday, June 20, 2016, the day the policy commenced, findings by our correspondent have revealed.

The outstanding LCs and dollar requests totalled $4.02bn and they were filed when the naira exchange rate was 197 to a dollar. The requests were honoured on the day the new policy commenced but at the new exchange rate of N280 to the dollar.

The aggregate amount bid for by the manufacturers under the former exchange rate of N197 to a dollar was N827.4bn, but the amount they were asked to pay based on the new rate was N1.176tn. The manufacturers were required to come up with the difference of N348.6bn.

Some of the manufacturers, who spoke to our correspondent on Sunday, said they were not happy about the development, adding that they did not incur the losses in the course of doing business but that they arose as a result of a government policy.

They said more job losses and company closures would be the consequence of making them to pay the difference between the old and new exchange rates.

According to them, they got wind of the development when the CBN Governor, Godwin Emefiele, called a stakeholders’ meeting on Friday before the commencement of the policy.

The governor reportedly informed the manufacturers that the apex bank had decided to honour the backlog of dollar requests, adding, however, that the backlog would have to be paid at the new exchange rate of N280 to a dollar instead of N197.

When the industrialists expressed concerns about the difference in rates, they were said to have been told by the CBN that they would have to be bear it.

A major manufacturer of household items, who spoke on condition of anonymity, told our correspondent, “We already knew what the position of the CBN governor was because he had told us that the gap and losses were meant to be taken care of by us. He actually expected us to make losses.

“I don’t understand how in this economy, even if you are managing monetary and macro policies, you can allow losses in the industrial sector or massive losses from exchange rate fluctuation. You need to find a way of reducing or softening the blow of that type of loss.

According to the industrialist, who was present at the stakeholders’ meeting with the CBN governor, the unfortunate thing about the policy is that manufacturers had money in their accounts to pay for the requests but the apex bank was not able to honour the obligations.

He said, “The unfortunate part of this whole system is that a lot of people actually had the money for the past six to seven months but the CBN had not been able to meet the expectation of paying those dues down.

Another manufacturer, who was also at the meeting, said when the apex bank announced that it had decided to honour the backlogs, they were surprised.

He said, “A total of $532m was bought on the spot, the remaining $3.47bn was debited forward as future payments to be made over a period of one to three months. That was supposed to make everybody happy; but unfortunately, that was a bit in the bad case. It was in a bad case because even the $3.47bn was debited to all the banks on that same Monday of June 20 and Tuesday, June 21.

“They took money that manufacturers did not even plan to pay and they debited every bank for their customers that were on that list on that day. They debited them forward for forex they were not going to get for the next three or four months. The future funding has interest implications. So, it is not actually an exposure of N280 anymore, it is N280 plus one to three months’ interest, depending on the length of time allowed for the future payment.”

The manufacturers insisted that the central bank had to come up with palliatives to soften the blow of exchange rate losses.

They said firms had been sacking workers, adding that between March and June ending, about 1,000 employees were disengaged by three firms.

Confirming the story, the President, Manufacturers Association of Nigeria, Dr. Frank Jacobs, said manufacturing firms had been sacking workers massively across the nation.

“We are compiling a list of all the people sacked, and when the list is ready, we will present it to the CBN,” he stated.

Jacobs, however, said the forex situation had improved unlike before when people found it difficult to access dollar, adding that more and more manufacturers had been able to get needed foreign exchange with the new rate.

However, some of the manufacturers said even with the new rate, access had not been as easy as was expected.

“If you need forex and it takes more than three days for you to get it, that is not fast enough,” one of them insisted.

But the MAN president said the reason for the scarcity was that the autonomous market was not supplying enough forex.

Jacobs said, “The CBN intervention has been very low and it will continue like that for a while yet.

“The CBN does not have enough forex and the situation in the Niger Delta is not allowing enough forex to come into the country.”

The Director-General, Lagos Chamber of Commerce and Industry, Mr. Muda Yusuf, agreed with the manufacturers that the CBN should come up with palliatives to cushion the losses from the new forex policy.

He said, “The new policy regime meant significant shocks to investors who had matured LCs awaiting remittances and were caught up in the policy change; these include those who have high foreign debt exposures and others.

“It is, therefore, desirable to cushion the effects of these shocks on the companies, because of the wider implications on the economy; on job creation and retention; and on non-performing loans, which may escalate, given the exposure of the banks to these companies.

“In the past, the CBN had provided support to refinance and restructure such facilities. It is desirable to do so at this time within the context of the development finance mandate of the central bank. If these companies go under, it will be a significant cost not just to the companies, but to the economy as whole.”

Yusuf agreed that the situation with access to forex was better than before, adding, “The situation is better than where we are coming from. The policy is less than one month old. It will take time to stabilise. Already, confidence in the market has been destroyed and it is faster to destroy confidence than to build, but access to forex is much better now than it was before.”

An analyst and the Director-General, West African Institute for Financial and Economic Management, Prof. Akpan Ekpo, said the CBN should have adopted the management float system to gradually raise the bar on the currency, while watching the behaviour of the market.

He said, dollar scarcity would remain a reality as long as the country depended on oil exports, adding that foreigners would not bring their money into an economy fraught with insurgency and poor infrastructure.

“The devaluation came a bit too late; if the currency is scarce, the spot market and the future market are not going to work because our currency is not convertible,” he said.