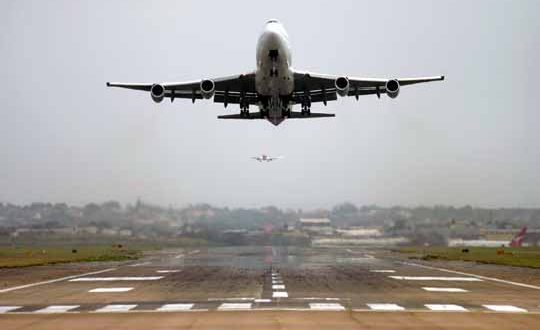 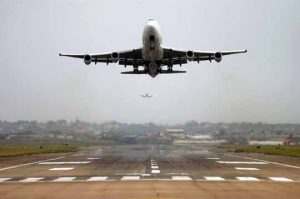 Foreign travels, especially for leisure during this year’s summer, may be out of the reach of many Nigerians, as the Federal Government’s newly introduced exchange rate policy has made airfares on foreign routes to go up by at least 57 per cent, according to findings by our correspondent.

The adoption of N283/dollar as the new interbank exchange rate for the conversion of flight tickets, which are globally priced in dollars, by the Switzerland-based International Air Transport Association has made international airfares on Nigerian routes to rise considerably.

IATA is a trade association for the world’s airlines consisting of about 260 airlines represented in 117 countries and accounting for 83 per cent of the total global air traffic.

Findings from international airlines and travel agencies operating in the country revealed that the airfares might increase further as the summer peak season travels begin this week.

A return economy class ticket to Johannesburg from Lagos, which used to go for between N110,000 and N130,000, is now priced at between N170,000 and N230,000, according to information obtained from travel agents and airlines. This represents 66 per cent increase.

Similarly, a return economy class ticket on the Lagos-London route, which used to go for between N250,000 and N450,000 depending on the class a passenger chooses to fly, is now priced between N350,000 and N750,000 for various airlines plying the route. This represents about 57.1 per cent increase in fares.

The famous Lagos-Dubai route that formerly witnessed a return economy ticket going for between N130,000 and N180,000, now goes for between N220,000 and N320,000, depending on the carrier a passenger chooses to fly. This represents about 74.1 per cent increase.

According to officials of travel agencies and airlines, international airfares will rise further as the summer peak season sale will hit its peak later in July.

Apart from the increase in airfares necessitated by IATA’s decision to increase the exchange rate for the pricing of airfares from N200 to N283, top officials of foreign airlines operating in Nigeria told our correspondent that the international carriers were rushing to recoup the losses caused by the months of delay in repatriating their sales proceeds.

Over 25 foreign airlines operating in the country had about $600m stuck in Nigeria as of March 2016. This was before the Central Bank of Nigeria floated the naira and made dollars available for them to repatriate ticket sales proceeds two weeks ago.

According to air travel experts and airline officials, IATA usually adopts the CBN’s interbank official rate for member airlines to price their tickets.

They said only a margin of about N3 was usually added to the CBN interbank official exchange rate to cover for logistics costs incurred from currency movements.

A travel expert and Managing Director of Airlines Logistics Management and Support Limited, Chief John Adebanjo, said, “The interbank exchange rate moved from N197 to over N280 per dollar two Mondays ago. This is why IATA moved its exchange rate for the conversion of flights tickets from N200 per dollar to N283 per dollar for the pricing of international airfares.

“You know that airfares are priced in dollars. This amount will keep changing in line with the daily changes at the interbank forex market.”

According to the Chief Executive Officer, Gadshire Travels, Mr. Gbenga Adebayo, international airfares are usually priced in dollars and, as such, the increase in the interbank rate is expected to lead to a rise in airfares.

He believes that after the summer travels, airfares will come down.

“Moreover, as foreign airlines recover from the losses incurred from the months of delay in repatriating their ticket sales proceeds, airfares will drop; we hope,” Adebayo added.