Breaking News
Home / News / Leave Me Out Of Your Woes, Sylva Tells Dickson 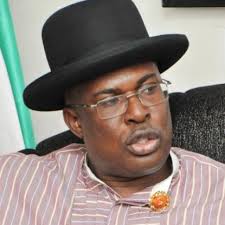 Leave Me Out Of Your Woes, Sylva Tells Dickson

Sylva in a statement signed by his media aide, Doifie Buokoribo, described the accusation by Governor Dickson as irresponsible, baseless and laughable.

He advised Dickson to be man enough and take responsibility for his actions and inactions instead o attacking him.

“We have read the irresponsible, baseless and laughable statement issued Thursday by the embattled Bayelsa State Government of Henry Seriake Dickson, accusing the APC and Chief Timipre Sylva of plans to cause mayhem in the state using youths.

“Ordinarily, we would have ignored the statement since it did not provide any proof to support the alleged involvement of Sylva in the so-called plot. However, we are compelled to respond since the matter involves security of lives and property.

“First, Sylva has nothing whatsoever to do with any protest in Bayelsa State on Friday or any other time.

“Second, and more importantly, it is Mr. Dickson and his unsympathetic, anti-people and sick administration that should take the blame for instigating any revolt in the state for its deliberate refusal to pay its workers. It is Dickson, and not Sylva, that is responsible for the mass hunger in Bayelsa State. University lecturers, who are currently on strike, are being owed several months’ salaries. And pensioners and workers are also being owed.

“The children and their parents are forced to stay at home and, as the saying goes, “The idle mind is the devil’s workshop.” Dickson and his syndicate have envisaged crisis from the social inertia they have forced on the state with their lack of imagination and mindless looting of the people’s resources, and they are now on a desperate hunt for someone to blame. But, as usual, the people of Bayelsa are wiser and they can see through Dickson’s shenanigans.

“If the people are now fed up and want to take political action to defend their humanity, Dickson should simply hold himself responsible.

“Let Dickson be man enough to take responsibility for his actions and inactions, and leave Sylva out of his woes.