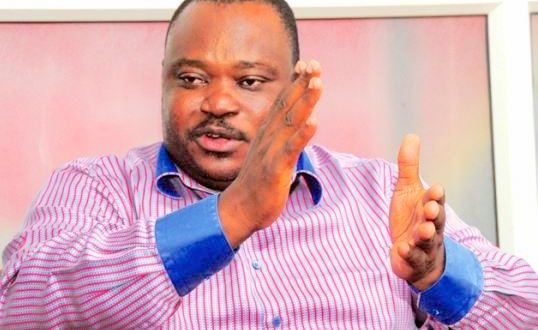 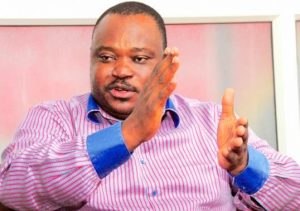 There was a mild drama at the investigative public hearing on the alleged mismanagement of the N120bn Aviation Intervention Fund organised by the Senate Committee on Aviation on Wednesday when the Chairman of the defunct Air Nigeria, Mr. Jimoh Ibrahim, denied collecting N35.5bn from the Bank of Industry.

But members of the committee and other stakeholders watched with amazement as the Group General Counsel for United Bank for Africa Plc, Mr. Samuel Adikamkwu, corroborated the position of a former Executive Director of Finance of Air Nigeria,  Mr. John Nnorom, that Ibrahim actually applied and obtained the loan through UBA.

Ibrahim’s former employee, Nnorom, told the committee that he did due diligence on the loan and secured necessary documentation, and decided to be servicing the loan with N228m monthly for nine months before the airline collapsed.

He alleged that the diversion of the fund to other ventures led to the collapse of the airline.

Nnorom stated, “The very moment the N35.5bn intervention fund was paid into the airline’s account through the United Bank for Africa, it disappeared into one of the private accounts of the owner without any amount from the fund injected into the airline, paving the way for its eventual collapse.

“The Aviation Intervention Fund was taken by Air Nigeria. In my capacity as the executive director of finance, I needed documents to pay and I did due diligence and I discovered that Air Nigeria actually took the loan.”

He added, “Jimoh Ibrahim said he did not take a loan. He said he acquired Air Nigeria and paid the money 100 per cent and that he was given a clean bill by UBA. But you cannot finance a loan if it is not bad after some time.

“The question is how that loan entered the account of Air Nigeria again. It is the intervention fund that was transferred back to UBA, which the bank is now servicing even after the airline was no longer in existence. I paid the loan, about N228m, for about nine months.”

But Ibrahim argued that the BoI did not give him any loan, but that it was UBA that actually applied and obtained the loan, which had nothing to do with Air Nigeria, because the money that was used to resuscitate the defunct airline was sourced from his conglomerate.

He said, “Government did not give me any loan and I did not collect any loan from the Bank of Industry or any other agency of government. What has the government to do with me?

“When we bought Air Nigeria, I did not see any intervention fund, no cash was paid to me or credited to Air Nigeria from the fund. When we came in, Air Nigeria had about $250m with two aircraft parked at the terminal that nobody was using.

“Mr. Richard Branson walked out of the airline. It was in a state of coma and the company was winding up before I was called upon. We decided to use our group of companies to grow the national carrier.

“At the group level, we provided a bridging loan facility to make sure that the indebtedness issue was resolved. The intervention fund had been in existence before we took over.”

Ibrahim added, “At the stage of buying the transaction with UBA, they told us very clearly that if the intervention fund re-occurred, they would be able to access it. As far as we were concerned, we provided the bridge loan facility. If UBA accessed the intervention fund, that’s their own.

However, the UBA representative, Samuel, presented documents to the committee to show that the loan was actually requested for by Air Nigeria and that the bank applied for N41.1bn, being the indebtedness of the airline, but N35.5bn was approved.

He said, “In 2010, Air Nigeria made an application to us to apply for N41.1bn from the BoI because that was what they were owing us; but in the end, we ended up getting N35.5bn, which we used in refinancing part of what was outstanding at that time.

“No one can buy a company with assets and liabilities and now claim that he had paid the loan. The letter was issued for a purpose to enable him assess loans from local and external sources. Air Nigeria remains indebted to UBA. There was no time when Air Nigeria was not indebted to UBA.”

The Chairman of the committee, Senator Hope Uzodinma, queried the management of UBA for writing a letter giving a clean bill of health to Air Nigeria when indeed the airline was still indebted to it.

“By July 9, 2010, UBA wrote a letter to the NICON Group of Companies that Air Nigeria was no longer owing, and by September 16, 2010, the same Air Nigeria was applying to BoI to finance a loan. Which loan again?” Uzodinma queried.