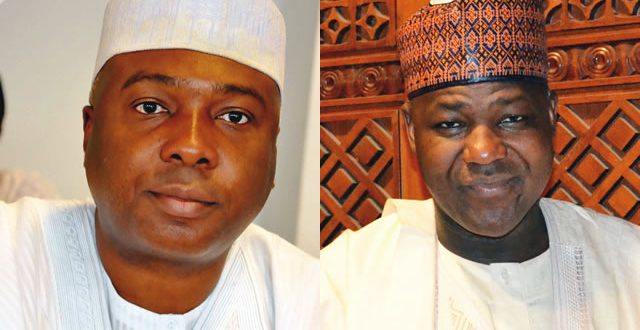 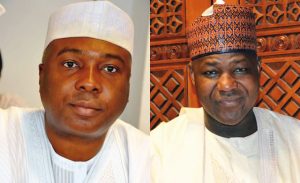 While SERAP and the Coalition Against Corrupt Leaders described the proposed life pension and immunity for Senate President Bukola Saraki and Speaker of the House of Representatives, Yakubu Dogara, as self-serving and despicable, Falana called it “insensitive, irrational and immoral.”

Akintola said the call for such incentives for the National Assembly leaders was unreasonable.

Falana and Akintola called on Nigerians to rise against the proposal.

The immunity and life pension for the presiding officers were proposed by some senators at a retreat on constitution review organised by the Senate Ad Hoc Committee on Constitution Review in Lagos on Saturday.

Falana said the proposal at a time many state governments were unable to pay workers’ salaries depicted high level of insensitivity.

The senior advocate added, “The proposals for immunity and life pension for the principal officers of the National Assembly are insensitive, irrational and immoral.

“Indeed, it is the height of insensitivity for legislators to propose life pension for their leaders at a time that workers are owed arrears of salaries in many states of the federation.

“The proposal to confer immunity on legislators is provocative, to say the least. No serious nation can grant immunity to legislators who have been linked with criminal diversion of public funds, forgery and rape.

Akintola said, “I don’t think any reasonable person should be demanding immunity for legislators. I don’t know anywhere else it is done. In fact, in some countries, even the President and Vice-President are not immune against corruption. Some Nigerians always want to do things in an absurd way.

Akintola recommended “regulated pension without any allowance but just the basic salary” for the presiding officers that had spent a minimum of three terms of 12 years in the National Assembly.

SERAP described the demands as gross injustice and double jeopardy for millions of Nigerian pensioners, who continued to be denied the fruit of their labour at their old age.

SERAP, in a statement on Sunday by its Executive Director, Adetokunbo Mumuni, said, the proposal “is the calculated use of legislative powers to alter the 1999 Constitution in their favour so that they can enjoy life benefits at the expense of millions of economically and socially-disadvantaged Nigerians who voted them into office.”

It added, “Granting senators and members of the House of Representatives immunity and life pension would neither enhance governance, accountability nor contribute to the betterment of Nigerians.”

The Executive Chairman of CACOL, Mr. Debo Adeniran, on Sunday, said, “Those seeking immunity for some principal officers of the National Assembly are the same people supporting the weakening of the anti-corruption agencies.

“This is even coming at a time the Nigerian public is clamouring for the removal of the immunity clause that protects the executive arms of federal and state governments with a view to reducing the impunity with which corruption and other crimes are committed by them.”

According to Adeniran, those lawmakers seeking immunity are those who allegedly committed the worst form of corruption crimes and desire to escape justice.