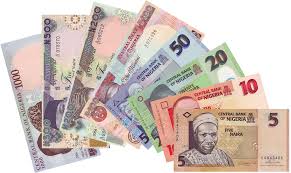 CBN ‘Deregulates’ Naira, FX To Be Determined BY Market Forces

June 15, 2016 Comments Off on CBN ‘Deregulates’ Naira, FX To Be Determined BY Market Forces 29 Views

The Central Bank of Nigeria, CBN, on Wednesday has announced a full float of the Naira, which will make the foreign exchange, forex, rate to be now determined by market forces.

Speaking at a press briefing in Abuja the CBN Governor, Mr. Godwin Emefiele said the apex bank will however will still intervene “as the need arises”.
“We’re talking about an open, transparent two-way system… It’s intended we don’t have speculators and rent-seekers. I don’t expect that any other exchange rate will be recognized,” he said

For the first time however, the CBN appointed primary dealers who are expected to help boost foreign exchange, FX, liquidity in the market and introduced a two way quote which basically means that the market will act like the stock market where buyers and sellers will state price and quantity they are willing to sell.

The CBN Governor also revealed that Nigeria will now be operating a single market, adding that the new price for the Naira will be known when the market opens officially on Monday.

Below is a summary of the press briefing:

1. The Market will operate as single market through the interbank

2. The FX Rate will be purely market-driven

3. CBN will participate through periodic interventions

4. FX primary dealers will be registered to deal directly with the CBN for large deal sizes.

5. FX primary dealers will deal with other authorised dealers

6. There will be no more spread restrictions

7. The 41 items classified for not valid for FX are still not admissible in FX interbank market

9. Selling of FX forwards must be trade backed with no pre-determined spreads

10. Over the Counter FX futures will be introduced. The OTC FX futures are bespoke and volumes could be non-standard

12. Guidelines of the general FX market will be released immediately

13. Guidelines for FX primary dealers will be released immediately

15. Interbank FX trading under the new guidelines will begin on June 20, 2016