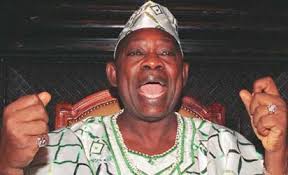 This day, June 12 will always be remembered by those who have defied the culture of silence and conspiracy against a significant moment in Nigerian history, to remind us of how today, 23 years ago, the battle against the exit of the military from power was fought at the ballot by a determined Nigerian people. It is indeed sad that apart from the South West states of Oyo, Ogun, Lagos and Osun which have doggedly continued to celebrate the hero, and later martyr of that battle, Chief Moshood Kashimawo Olawale (MKO) Abiola, there has been studied indifference to the June 12 phenomenon by the Federal Government and remarkably, the rest of Nigeria.

This is sadder still because MKO Abiola was not an ethnic champion: he was a man of pan-Nigerian vision and ambition, who went into politics to give the people hope, to unite them and lead them out of poverty. His campaign manifesto was instructively titled “Hope 93- Farewell to Poverty: How to make Nigeria a better place for all.”

When Nigerians voted in the presidential election of June 12, 1993, they chose the Muslim-Muslim ticket of MKO Abiola and Baba Gana Kingibe under the platform of the Social Democratic Party (SDP). MKO Abiola not only defeated the Presidential candidate of the National Republican Convention (NRC), Bashir Tofa in his home state of Kano, he also defeated him “fairly and squarely” with “58.4% of the popular vote and a majority in 20 out of 30 states and the FCT.” That election was adjudged to be free and fair, and peaceful. But the Ibrahim Babangida-led military government had been playing games with the transition-to-civilian rule, and so it chose not to announce the final results of the election, and later on June 23, 1993, the Presidential election was annulled.

This was a coup against the Nigerian people, and an act of brazen injustice, but June 12 will go down in history as the birthday of the revolution that swept the Nigerian military back to the barracks. The media began to refer to MKO Abiola as “the man widely believed to have won the June 12, 1993 election”, or perhaps, “the undeclared winner” but those who played key roles at the time, including Humphrey Nwosu, the chief electoral umpire, have since confessed that “their hands were tied”, and that indeed MKO Abiola won the election. General Ibrahim Babangida, then Head of State, has not been able to live down that error of judgement. It was the final error that also consumed his government, forcing him to “step aside”, and as it turned out “step away”. He left behind an Interim National Government (ING) led by Chief Ernest Shonekan who was handpicked for the assignment, but the ING contrivance only survived for 83 days; in November 1993, General Sani Abacha, who was in the ING as Minister of Defence, seized power. It was obvious that the military never wanted to relinquish power.

June 12 brought out the worst and the best in the people: the worst in the military and its hungry agents definitely, but the injustice of its annulment released the people’s energy and capacity for protest. Progressive Nigerians spoke in unison against military tyranny and the violation of their right to choose. The Abacha government, which had initially deceived the progressives about its intentions, unleashed a reign of terror on the country: media houses were attacked, journalists were jailed, bombed, beaten, civil society activists were hauled into detention. But the repression was met with stiff resistance. The people insisted on the election of June 12, the military’s exit and Abiola’s declaration as winner of the election. On June 11, 1994, in what is now known as the Epetedo declaration, Chief MKO Abiola declared a Government of National Unity and asked for his mandate to be duly recognized. He was subsequently arrested for treasonable felony, but that only added fuel to the protests. Abiola later died in custody on July 7, 1998, a month to the day, after General Sani Abacha himself died.

But the real outcome was that the military had been branded evil, and the people would accept nothing but the end of military rule. This was the scenario that led to the return to democratic rule on May 29, 1999, and the specific choice of a political figure from the South West to assuage the expressed fears of the South West that the denial of MKO Abiola’s mandate was an assault on the right of the South West. The ethnicization of the June 12 protest was unfortunate because indeed the struggle against tyranny recruited foot soldiers from virtually every part of the country, international support also gave the struggle higher relevance; those were the days when serving foreign diplomats joined pro-democracy protesters to wave placards on the streets. Many died, and they were all from across Nigeria, businesses were affected, but the people were determined to make the sacrifice. It was that revolution that made May 29, 1999 possible, and if any date is deserving of celebration, it is June 12.

The irony is that those who benefited most from MKO Abiola’s martyrdom do not want to be reminded of him. And those who used to talk about injustice have since, given the opportunity, inflicted their own injustice on the people. Those who used to swear by Abiola’s name have since found new political patrons. Those who proclaimed Abiola as the symbol of democracy and the rallying point for the people’s hopes have since been dancing on his grave. Successive federal administrations since 1999, have also failed to redress the injustice of 1993, by doing the minimum of declaring June 12 a national holiday. There have been suggestions along this line, including the possibility of a post-humous national honour (the only constraint here is that the national honour is not awarded post-humously although there is nothing that expressly forbids this in the enabling Act), or the naming of a major national monument after MKO, or the official admission that the June 12, 1993 election was indeed won and lost and was not in any way inconclusive.

Truth: Nigeria forgets too soon, too easily. For, when indeed the Jonathan administration tried to address this injustice by naming a significant national institution after MKO Abiola, the attempt resulted in controversy and a storm. The last paragraph of then President Goodluck Jonathan’s 2012 Democracy Day speech had renamed the University of Lagos after MKO Abiola. Both the students and staff trooped to the streets in protest. They rejected the name-change and declared that their university’s name is a brand that nobody, not even the Federal Government of Nigeria could tamper with, in honour of anybody, living or dead. They said they were not consulted and the University Act had not been amended. Politics and opportunism was read into the gesture, and the government had to eat the humble pie. Would the reaction be different if another government were to take the same step, the same way the reaction to the increase in the pump price of petroleum products has been different this year, under a different dispensation?

MKO Abiola was a victim of military politics and conspiracy, now his martyrdom and legacy seem lost in the intricate web of conditioned amnesia and the ego of those who continue to compete with his memory. In a country where history is no longer taught, and there are no well-managed museums and monuments to make history part of the public landscape, a generation is already emerging, like the generation of UNILAG students in 2012, who may someday ask: who is MKO Abiola? Those who refuse to teach history run the risk of producing children who may lack the capacity to remember and the wisdom to appreciate history’s many lessons.

Those who insist speculatively that MKO Abiola could not have been a good President also miss the point about his example and legacy: his martyrdom shaped the architecture of much that happened subsequently in Nigerian history, and it is not the military’s duty to veto the people of Nigeria. The military have been shipped out of power for good, they can only return as they have been doing as retired soldiers, and whatever happens with our democracy, the people are resolved that nobody can annul their right to choose, and it is part of their right to choose, to sometimes make mistakes and learn. The various state governments and civil groups that remember and celebrate MKO Abiola every year deserve a pat on the back for defying amnesia. June 12 is ultimately not just about one man who became a symbol; it is also about the collective struggle against military tyranny, a reminder of people power and the value of civil society; it is that historical moment when Nigerians voted for change and stood by it.
On this occasion of the 23rd anniversary, may the words of MKO Abiola at Epetedo on June 11, 1994 prick our conscience: “People of Nigeria, exactly one year ago, you turned out in your millions to vote for me, Chief MKO Abiola as the President of the Federal Republic of Nigeria. But politicians in uniform, who call themselves soldiers but are more devious than any civilian would want to be, deprived you of your God-given right to be ruled by the President you had yourselves elected. These soldier-politicians introduced into our body politic, a concept hitherto unknown to our political lexicography, something strangely called the “annulment” of an election perceived by all to have been the fairest, cleanest and most peaceful ever held in our nation.

“…My hope has always been to arouse whatever remnants of patriotism are left in the hearts of these thieves of your mandate, and to persuade them that they should not allow their personal desire to rule to usher our beloved country into an ear of political instability and ruin…
“Instead they have resorted to the tactics of divide and rule, bribery, and political perfidy, misinformation and (vile) propaganda. How much longer can we tolerate all this? There is no humiliation I have not endured, no snare that has not been put in my path, no “setup” that has not been designed for me in my endeavor to use the path of peace to enforce the mandate that you bestowed on me one year ago. It has been a long night. But the dawn is here. Today people of Nigeria, I join you all in saying, “Enough is Enough!”…Enough of military rule…Enough of square pegs in round holes…”

I recommend a reading of the entire declaration by all patriots in remembrance of Chief MKO Abiola. Google it. Read it.