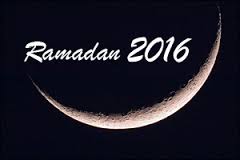 Sa’ad Abubakar, sultan of Sokoto and head of Muslims in Nigeria, has announced the sighting of the new moon, which heralds the commencement of Ramadan.

Ramadan is the holy Islamic month when a 30-day fasting is observed.

Abubakar made the announcement late Sunday in Sokoto, saying the moon had been sighted in different parts of the country.

“I have the greatest pleasure to announce to you that today June 5, 2016 marked the end of Shaaban and therefore Monday June 6, 2016 marks the beginning of Ramadan 1437 AH,” he said.

“Reliable reports from Muslim leaders across the country show that the new moon of Ramadan has been sighted in various parts of the country.