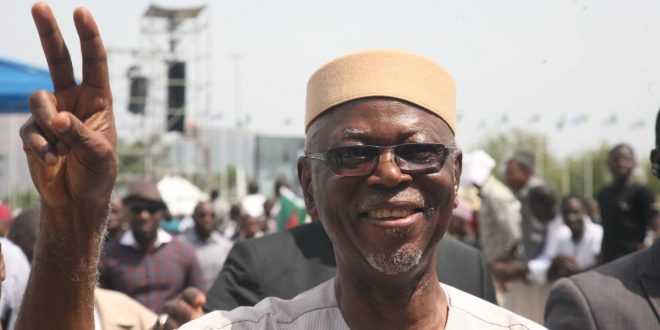 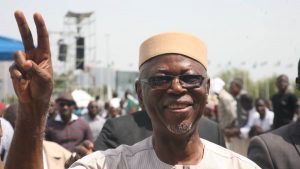 National Chairman of the All Progressives Congress, Chief John Odigie-Oyegun has said the issue of restructuring is not the party priority for now.

According to him, the President Muhammadu Buhari-led APC administration is currently focused on rebuilding the economy, creating jobs and ensuring the security of lives and property.

He explained that because the issue was important, the party would at the appropriate time; make its position on the matter public.

This is as the Presidency on Saturday said it was on the same page with the ruling APC on calls for the reconstruction of the country.

Odigie-Oyegun noted that there were several challenges the administration was currently grappling with.

He said, “To bring this additional issue (restructuring) – is not the wisest thing for a nation that is struggling to stabilise to go into an unnecessary diversion at this point.

“Nothing is wrong with the idea but at this time, it is best for us to concentrate on our priorities. As a party, our priority right now is to rebuild the economy, create jobs and deal with the security problems at hand.

“And with what is happening in the Niger Delta you can see that there is so much to do. We must get our priority right some day we will come to that.”

He pleaded with Nigerians not to lose hope because the current challenges were temporary while appealing to them to continue to give unwavering support  for the Buhari-led administration to enable it to deliver on its mandate.

Former Vice-President Atiku Abubakar had, on Tuesday, advocated the restructuring of the country to ensure the development and growth of the federating units.

“Agitations by many right-thinking Nigerians call for a restructuring and a renewal of our federation to make it less centralised, less suffocating and less dictatorial in the affairs of our country’s constituent units and localities,” the former vice-president had said at a book presentation, “We are all Biafrans”, in Abuja.

Eminent Nigerians such as a former Secretary-General of the Commonwealth, Chief Emeka Anyaoku, and an ex-Chairman of the Nigerian chapter of Transparency International, Maj. Gen. Ishola Williams (retd.), as well as groups such as Yoruba socio-political organisation, Afenifere, and the pan-Igbo umbrella body, the Ohanaeze Ndigbo, had also supported Atiku’s call.

When asked about the Presidency’s position on the calls, Adesina referred our correspondent to the ruling party’s roadmap for the country.

He said, “The governing party, the APC, has a position on restructuring in its roadmap for the country. Please consult the document.”

An online check of the party’s document titled “Roadmap to a new Nigeria” showed that the closest information to the issue of restructuring was contained in a section titled “Strengthen peace, security and Foreign Policy.”

Under that section, the APC listed its roadmap for peace, security and foreign policy to include; to enable states to have their own local police forces that address the special needs of each community, including community policing initiatives that restore trust among local citizens; establishing a serious crime squad with state-of-the-art training and equipment to combat terrorism, militancy and ethno-religious communal clashes; and to provide a comprehensive compensation plan for victims of ethno-religious crisis, communal clashes and terrorism.