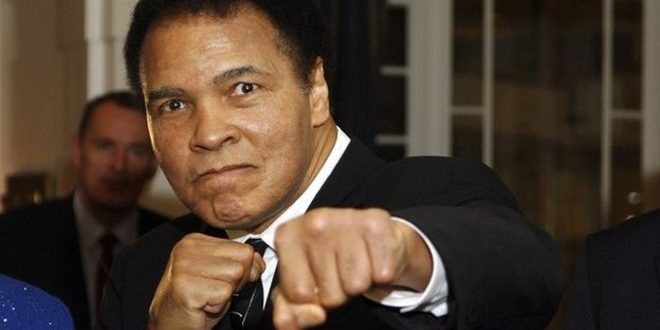 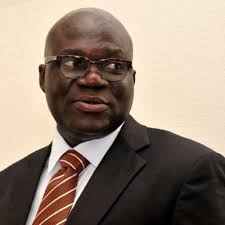 Muhammad Ali, who died late Friday evening aged 74, was one of the greatest icons of the 20th century, one of the world’s greatest boxers of all time, and certainly in his time, and during the era that he dominated the ring, the greatest among his contemporaries, the inimitable master of his game. The polyvalent nature of his talent: athlete, poet, civil rights campaigner, radical, gadfly, celebrity, philosopher, motivator and role model has ensured that there can never be anyone else like him. Muhammad Ali was special in his art, in his grace, and in his combination of wit and uncommon talent.

No other athlete has done as much to raise the level and quality of boxing, converting it into a mainstream spectacle that captured the imagination of the world. He enriched boxing with his talent, but it may also be said that his personality enriched our collective humanity. He lived between two astonishing polarities: good health and sickness, for almost the same length of time.

For 27 years, he dominated the boxing world, he could talk like the gift of speech was made specially for him, he could punch with his fists as if they were made of reflexes, he could dance around the ring like he was on a picnic, lean on the rope like he was on dope, fell his opponents with confidence, taunt them like they knew nothing, and in it all, he emerged as the “greatest”, the very best, the people’s champion. But for another 32 years, Ali lived with Parkinson’s disease which robbed him of the same tools that stood him out: he could no longer talk, his muscles became stiff, and his face stiffened…he thus reminded us of our own mortality and humanness. But even in that state, he was a symbol of human capacity and achievement. And till he breathed his last, he was one of the most beloved human beings that ever lived.

Muhammad Ali was first and foremost an American patriot. He is one of America’s most remarkable products and exports of the last century. He once boasted: “To make America the greatest is my goal, so I beat the Russian and I beat the Pole. And for the USA won the medal of gold. The Greeks said you’re better than the Cassius of old.” This was after he had won the Olympic light heavyweight gold medal in boxing at the 1960 Olympic Games in Rome. Muhammad Ali projected America talent and dream. He was one of those who put America effectively on the map as the land of possibilities, and it is a sign of who he was that he became better known than Coca cola,

Muhammad Ali projected America talent and dream. He was one of those who put America effectively on the map as the land of possibilities, and it is a sign of who he was that he became better known than Coca cola, Microsoft and Mickey Mouse.

America can boast of many accomplished persons in various fields of human endeavor, but in boxing, and the art of sportsmanship on and off the field of play, Muhammad Ali will be remembered for all times as America’s most impactful ambassador. As true as professionals can be, he was the best in his chosen field. He fought a total of 61 professional bouts, won 56, 37 of these by technical knock out, many of them within a few minutes, and lost only 5 matches in a career that was marked by colour, extraordinary drama and controversy. Ali’s fiercest critics have remarked upon his special talent, and his relevance not just to boxing but also the global community. The forthrightness with which those tributes have been paid is a measure of the man’s distinction and humanity.

Boxing is a contact sport. Muhammad Ali not only fought his opponents in the ring, he outboxed and outsized them mentally before and after the match. He engaged the world on his own terms. He called himself the greatest and he went on to prove it. He talked down on his potential opponents and he went on to beat them. Before taking the world heavyweight championship title in 1964, Muhammad Ali harassed Sonny Liston throughout the fight saying “Liston smells like a bear” and “After I beat him, I am going to donate him to a zoo…Sonny Liston is nothing. The man can’t talk. The man can’t fight.” Liston was beaten but he didn’t end up in a zoo, but it was the beginning of Ali’s romance with greatness. After the fight, Ali told the press: “I am the greatest…I’m the prettiest thing that ever lived.” He was 22 at the time. He spent the rest of his career proving this. A year later, he further knocked out Floyd Patterson. Five years earlier at the height of Patterson’s fame, Ali had told him: “Hey Floyd- I seen you! Someday, I’m gonna whup you. Don’t you forget. I’m the greatest.”
Boxing aficionados will forever classify as evergreen, Muhammad Ali’s encounter with Joe Frazier (“Fight of the Century”) at the Madison Square Garden in 1971, a fight that Ali lost, his first professional defeat, only to return to beat Frazier in 1974. Joe Frazier was one of the few men to beat Ali (Larry Holmes, Trevor Berbick, Leon Spinks, Ken Norton) but Ali never spared him with his silvery tongue: “Frazier is so ugly, he should donate his face to the Bureau of Wildlife”. Later that year, there was the encounter with George Foreman in Zaire, which Ali himself called “the Rumble in the Jungle”. Ali was of course his usual boastful self: “I have done something new for this fight, I done tussled with a whale; handcuffed lightning, thrown thunder in jail; only last week, I murdered a rock, injured a stone, hospitalized a brick; I’m so mean I make medicine sick.” He added: “I have seen George Foreman shadow boxing and the shadow won.” It was also in Zaire that he produced the famous quote: “Float like a butterfly, sting like a bee- his hands can’t hit what his eyes can’t see.” There was also the “Thrilla in Manila”, Ali’s third encounter with Joe Frazier, which he won. He said: “It will also be a killer and a chiller and a thriller when I get the gorilla in Manila.” And it was: Ali never failed to entertain with his mouth fists and shuffle.

His boastfulness, which may have been interpreted as sheer arrogance, was however part of a persona that he cultivated strictly for the game. He may have said that “It’s hard to be humble when you’re as great as I am,” or “Will they ever have another fighter who writes poems, predicts rounds, beats everybody, makes people laugh, makes people cry and is as tall and as pretty as me?” but the truth is that he was a humble, kindhearted sportsman who was afraid to show that part of him in the field. Why? He himself explains a talent driven by fear: “At home, I am a nice guy but I don’t want the world to know. Humble people, I’ve found, don’t get very far.” He also realized that boxing was just a job and so, he enthused: “It’s just a job. Grass grows, birds fly, waves pound the sand. I beat people up.” Ironically, it was Muhammad Ali’s humility which took him in his later years far beyond the foundations that boxing had given him, as the world related with him in his twilight years, with awe and pity, and turned him into a celebrity whose very presence lit up the room.

America was proud of him. But proud of America as he himself was, he was nevertheless a radical citizen who refused the prison of political correctness. He railed against the heritage of slavery by changing his slave name of Cassius Clay Jr, to Muhammad Ali, an outgrowth of his membership of the Nation of Islam, his association with Malcolm X, and his conversion to Islam. When he was drafted to go and fight in Vietnam, Muhammad Ali openly dodged the draft and was defiant in the face of prosecution, and persecution, which included conviction and his losing his heavyweight championship title. “I’m not going 10, 000 miles from home to help murder and burn another poor nation simply to continue the domination of white slave masters over the darker people of the world.” He added: “Man, I ain’t got no quarrel with them Viet Cong. No Viet Cong ever called me nigger.”

Muhammad Ali was an apostle of the counter-culture brigade. As a Muslim he preached peace. As a black man, he was a symbol of black pride. He gave black people all over the world a voice and extra bounce. He was opposed to cant, no matter how well deodorized. As recently as December 2015, he had a word for Donald Trump who has been running an anti-Muslim campaign in the US Presidential nomination process: “Speaking as someone who has never been accused of political correctness, I believe that our political leaders should use their position to bring understanding about the religion of Islam and clarify that these misguided murderers have perverted people’s views on what Islam really is.” For sure, these words will be echoed afresh in the lead up to the US Presidential elections.

Muhammad Ali, the legend and hero, lived in a world beyond sports and he was a model of influence in both arenas. As a civil rights campaigner, the Louisville Lip as he was also known, lent his lips to worthy causes as he travelled around the world defending our humanity. He met with some of the most important men of the century, and became a model for persons across professions and callings in every part of the world. He was a serial womanizer and he would have loved to spend more time with his children in their growing up years, but whatever he lost in that regard, he more than made up for in his later years. His aspiration for the world beyond is that his good deeds should surpass his bad deeds: he has nothing to fear, if only on the basis of what has been known and said about him.

In 1978, Muhammad Ali reportedly said: “When I’m gone, boxing will be nothing again”. That may well be an exaggeration. HIs legacy lies in making boxing into something and it is a legacy that will endure, boxing will always be something. He it was who also said: “I won’t miss fighting- fighting will miss me.” Now that he is dead, he will certainly no longer miss fighting, but he is right on one score: fighting will miss him, and we all will miss him too. He was till the end, the people’s champion who shook up the world.

Share
Previous Ali to be Buried On Friday June 10
Next Mohammed Ali: The last of the Camelot giants