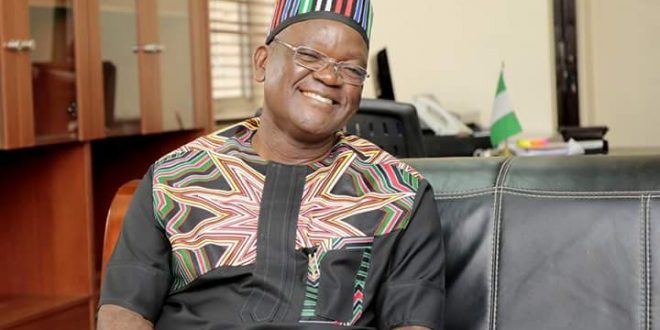 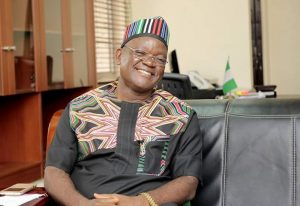 Governor Samuel Ortom of Benue state has dragged 52 individuals and organizations, indicted by the Justice Elizabeth Kpojime Judicial Commission of Enquiry, to the Economic and Financial Crimes Commission, EFCC, in a move to recover the N107 billion allegedly looted from the state’s treasury during the last administration.

The Governor who made this known yesterday in Makurdi, said he was compelled to take the matter to the EFCC following the refusal of the indicted persons to return the alleged loot.

According to him, “they would have been granted amnesty if they had returned the loot to the state treasury, but instead of toeing that part, they opted to take the government to court. We will not be deterred, we have taken the report of the panel to the EFCC and already officials of the anti graft agency from Enugu have paid assessment visits to the state pursuant to the petition.”

“This administration believes in rule of law and due process, so whatever we do concerning the matter must be within the ambits of the law. We will do everything within the law to ensure that the looted funds were returned. No amount of intimidation can deter us from doing the needful  in this matter, our zero tolerance for corruption cannot be compromised, and to that effect I have warned my appointees because anything to the contrary would be met with stiff sanctions.”

On the recent murder of his Senior Special Assistant on Security, Mr. Denen Igbana, he said he had given the matter to security agencies to handle. He said “even if somebody close to me was involved, the law must take its course, yes, Denen mentioned ‘Gana’ but we believe in rule of law and thorough investigation before drawing any conclusions