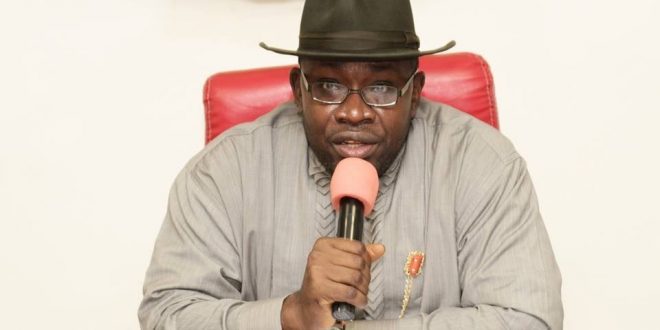 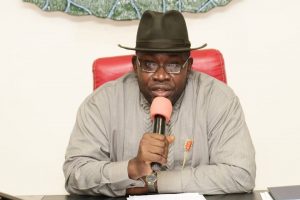 Some students of the Bayelsa State-owned Niger Delta University, Amassoma, have taken to the streets to protest the indefinite closure of the university.

The lecturers of the institution had on April 28 gone on an indefinite strike, following the inability of the Governor Seriake Dickson to pay the backlog of workers’ salaries.

As of the time the strike began, the state government owed the university staff salaries of four months.

The students, under the aegis of the Niger Delta Visionary Movement, also criticised other students’ bodies such as the Student Union Government of NDU, National Union of Bayelsa State Students and the National Union of Izon-Ebe Students, saying they are puppets.

The aggrieved students in a statement by their spokesman, Wisdom Adike, threatened to march naked with their books and block the entrance to Government House if after a week academic activities do not resume in the school.

Adike said, “We wish to bring to the notice of the general public that the strike embarked upon by the ASUU, NDU chapter, on April 26, 2016, over non-payment of salaries, have led to the shutdown of the institution for over one month now.

“This development has continued to give parents and students great concern. Niger Delta University being the only state owned university is a legacy institution established by the late Chief Diepreye Alamieyeseigha who was recently laid to rest. The institution has not only helped in meeting the manpower needs of the state but the entire Niger Delta region and beyond.

Speaking further, Adike said, “We are also using this medium to call on President Muhammadu Buhari to intervene in his magnanimity and benevolence in salvaging the state from the current economic crunch and hardship as parents and guardians especially in the local governments of the state have not received salaries for over 12 months, despite the release of bailout funds by the Federal Government.”