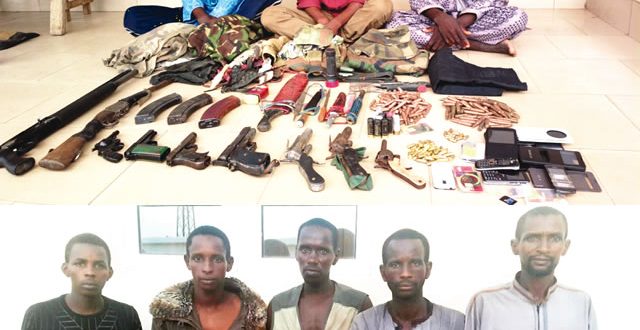 May 26, 2016 Comments Off on Herdsmen Recorded Video Of Enugu Massacre – Police 33 Views 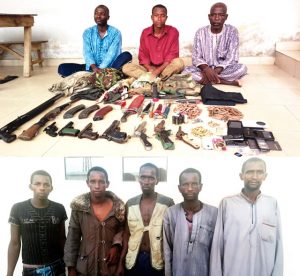 The Nigeria Police Force says it has arrested five suspects for their role in the Enugu attack by suspected herdsmen which led to the death of about 20 persons in the Ukpabi Nimbo area of the state on April 25, 2016.

The Force Public Relations Officer, Olabisi Kolawole, said this in a statement on Wednesday.

Kolawole revealed that the police also recovered a phone from the herdsmen which had a video recording of the massacre.

She said, “The Nigeria Police Force in its renewed determination to rid the society of crimes and all forms of criminality, has arrested five of the suspects involved in the midnight raid on Nimbo community in the Uzo-Uwani Local Government Area of Enugu State on April 25, 2016 as operatives of the IGP’s Intelligence Response Team based on credible technical intelligence swooped on them.

“The IGP’s IRT, based on the intelligence gathered on the attack, arrested the following suspects viz: Mohammed Zurai, Ciroma Musa, Sale Adamu, Suleiman Laute and Haruna Laute, and recovered one Gionee L88 mobile phone with a memory card containing the video recording of the massacre in the community.”

The arrest comes three weeks after the Commissioner of Police, Enugu State Command, Mr. Nwodibo Ekechukwu, was removed over the attack on the community by suspected herdsmen.

It was learnt that scores of armed cattle breeders, reportedly numbering more than 100, stormed the sleepy community in the early hours of the day.

The police high command was said to have been angry due to the fact that the villagers had informed the state police command about the impending attack but the formation did nothing to forestall the killings.

Many Nigerians were angry due to the fact that the police authorities had to wait for instructions from the Presidency before taking action against the culprits.

Ironically, it was reported in March that 76 residents of Ugwuneshi autonomous community in the Awgu Local Government Area of Enugu State, were arrested while attempting to rescue their wives from the captivity of the Fulani herdsmen.

Meanwhile, the police have also arrested three alleged armed robbers and kidnappers and recovered arms, ammunition, dynamites and rifle servicing tools from them.