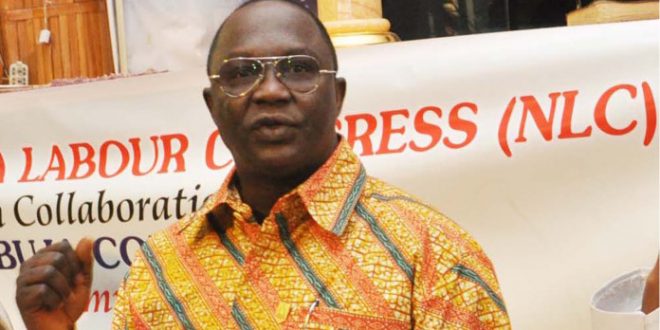 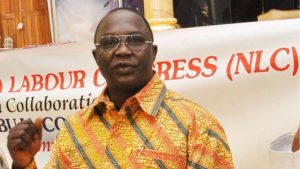 The Nigeria Labour Congress has suspended the indefinite strike it called to protest the increase in the pump price of petrol from N86 and N86.50k to N145.

The decision to suspend the strike was taken at an emergency meeting of the NLC National Executive Committee in Abuja on Sunday.

The NEC also resolved to resume negotiation with the government on the issue of the increase in electricity tariff and the 45 per cent increase in the pump price of petrol.

The President of the NLC, Mr. Ayuba Wabba, who read the communique of the meeting to the newsmen in Abuja on Sunday, did not give a specific date for the expected talks with the government on the two contentious issues.

The communique he jointly signed with the General Secretary, Dr. Peter Ozo-Eson, was silent on the date for the commencement of the negotiation.

Wabba said the NLC had to suspend the strike because of the intervention of prominent Nigerians, especially the National Leader of the All Progressives Congress, Asiwaju Bola Tinubu, and others.

The NLC President told journalists that it was not possible for the NLC to ignore the intervention of prominent Nigerians who were also concerned about the issue at stake.

He stated that the suspension of the strike was not informed by the comment of the Minister of Labour and Employment, Dr. Chris Ngige, that the Federal Government could only resume talks with the NLC when the strike was suspended.

Wabba added, “We said we have suspended due to the intervention of those who had intervened. It is left for them to invite and create a platform to discuss that.

While reading from the communique, Wabba said the action was suspended with immediate effect after due consultations with the various constituents of the congress.

He stated that the NLC was committed to dialogue in accordance with standard principles of representation.

The NLC president added, “In consideration of the above, NEC after due consultation with its constituents, resolved to suspend, with immediate effect, the action it commenced on Wednesday, May 18, 2016. The action is thus hereby suspended.

“Congress will resume negotiations with government on the twin issues of the hike in electricity tariff and an increase in the pump price of petroleum products and any other issue that may arise thereof.

“The Congress will continue to resist wrong legislation, policies and programmes and will always act in the best interest of Nigerians as it remains the only pan-Nigerian organisation not affected by religion, region, creed, partisanship or primordial sentiments.

“The Congress urges the government to play by the rules in its engagement with its constituent parts, stakeholders and non-state actors as proof of its commitment to deepening our democracy and also in acknowledgment of the well-worn credo that what goes around, comes around.”