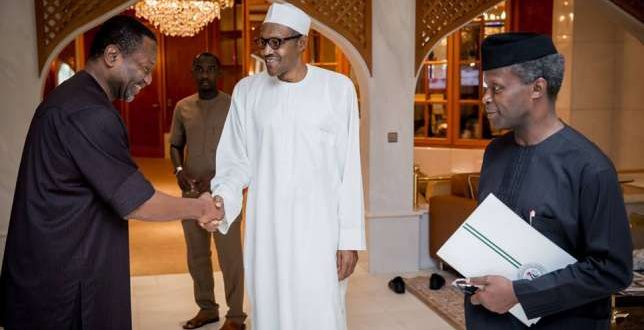 Buhari And The Need For A Complete Team 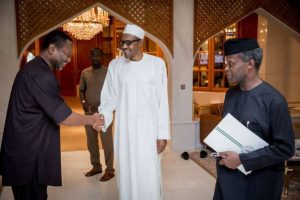 One topical issue which has remained a recurring decimal in public discourse, perennially agitating the minds of Nigerians since President Muhammadu Buhari assumed office a year ago is: when will he fully and finally constitute his government?

Tuesday June 2, 2015, in the twilight of the tenure of the 7th Senate of the Federal Republic and four days after his inauguration, the President sent a request to the Senate seeking approval for the appointment of 15 Special Advisers to assist him in running his administration. Regardless of the fact that the leadership of the Senate at the time was composed of members of the opposition Peoples’ Democratic Party (PDP), national interest took pre-eminence and within a record 24 hours, the approval was granted to enable Mr. President hit the ground running.

Available records, however, indicate that as at today, President Buhari has barely filled a third of the slots approved for him a year ago. He has only appointed Advisers on: Media, National Security; Niger Delta Amnesty Programme; Social Protection Plan and Political Affairs, whose occupants are: Femi Adesina, Babagana Munguno, Paul Boroh, Maryam Uwais and Babafemi Ojudu, respectively.

On July 16, 2015, The President ordered the dissolution of the Governing Boards of Federal Parastatals, Agencies and Institutions. While the Chief Executives of all such government departments were directed to liaise with the President through the Permanent Secretaries of their supervising ministries at the time, the reality was that the tenures of many Chief Executives had either lapsed at the time, or expired not too long after.

This was even before the February 15, 2016 sacking of several heads of federal agencies and parastatals. As at today, therefore, it will not be out of place to say that hundreds of critical federal government departments, parastatals, agencies and institutions, are without substantive heads and chief executives, one year after the inauguration of the administration.

Ambassadors and High Commissioners appointed by the previous administration had been recalled since July 10, 2015. Countries critical to Nigeria’s foreign policy including the United States of America, United Kingdom, Canada; United Arab Emirates, Saudi Arabia, Russia, Italy and the Vatican, among several others, have been without substantive heads for almost a year.

Just before the turn of the year 2015, The Presidency through the office of the Secretary to the Government of the Federation announced in the media that it was receiving and processing resumes for consideration and appointment into existing federal government boards, agencies and parastatals.

Given his sterling antecedents and, indeed, against the background of his previous serial attempts at the nation’s exalted office, before his success at the fourth try, the minimum expectation of Nigerians is that President Buhari came to office fully prepared with an operations manual, to get his administration on the front foot and impact timeously, positively and sustainably on the national socio-economy.

Having finally assented to the 2016 budget which non-operationalisation was hitherto blamed for the creeping inertia and total stasis in our national affairs, and with so much money, perhaps as much as N4 trillion saved up in the Treasury Single Account (TSA), Nigerians have reasons to expect an improvement in their circumstances. It is hoped that that the appointment of qualified, competent and altruistic persons to fill available openings in the administration and public service, will hallmark the commemoration of the first anniversary of the administration.