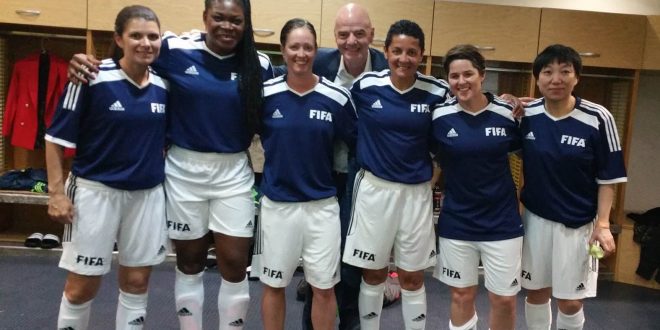 May 16, 2016 Comments Off on Women’s Football Deserves More-Mercy Akide 95 Views 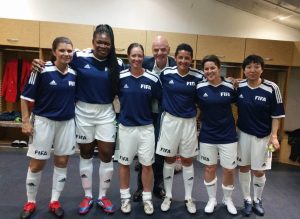 Nigerian female football legend Mercy Akide-Udoh says women’s football worldwide, and especially on the African continent deserves greater attention and investment.
Akide-Udoh was one of the legends of the game, and the only former African woman player, invited by FIFA to attend the General Assembly in Mexico in order to help chart a new course for football, and the Nigeria super star said women have been given short shrift for too long
“Girls train as hard as the men, play as hard as the men but women footballers are treated like second class citizens, especially in Africa. That needs to change,” Akide-Udoh said.
“The girls must be treated with respect, they must be paid as well as the men, and they must have proper domestic competitions to play in.
“It is very important for sponsors to invest in women’s football as many of these girls are also breadwinners for their families.
“To do that, we need to sit down, talk about what is wrong with the game and find workable ways to make things better.”
She praised FIFA President Gianni Infantino for his initiatives in reshaping football.  “It was a good experience intact ingenuity him. He has some bright ideas to move football forward and I believe that with everyone’s support, he will make things better.”
Mia Hamm and Luis Figo were appointed as the player representatives in the FIFA Council, and Akide-Udoh said they would be great representatives
“Mia and Luis have the full support of all of us as our representatives on the FIFA Council and I have no doubt in my mind that they will do a fantastic job.”
Post Views: 0