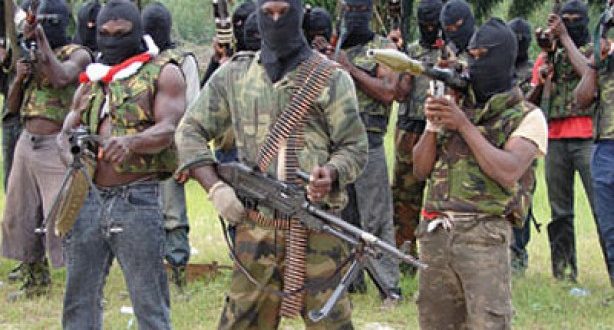 May 12, 2016 Comments Off on Niger Delta Avengers Goes Underground 68 Views 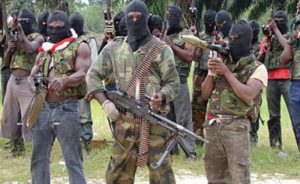 MEMBERS of Niger Delta Avengers, largely an Ijaw militant group, which admitted  bombing oil and gas installations in Delta State, recently, have gone underground following a massive manhunt for them by the Army, Navy and other security agencies.

President Muhammadu Buhari  had recently given a marching order to the military to crush the group. The group, which had boasted, May 5,  in a statement by its spokesperson, Madoch Agbinibo, that it was on ground and neither the Federal Government nor ex-militant leader, Government Ekpemupolo, alias Tompolo, could stop it from crippling the nation’s economy, was reported to have tactically retreated to fight another day.

According to a source, “People say the headquarters of Niger Delta Avengers is in Delta State. I do not think so, but I know that they have their network of information gathering and are conscious of the directive by President Buhari to security agencies to crush the militant group.”

The unrepentant group, whose strike teams blew up Nigerian National Petroleum Corporation, NNPC and Chevron Nigeria Limited, CNL, facilities, last week, has also not responded to mail inquiries by our reporters since Sunday. The group’s other channels of communication have also been shut down, an indication that it has temporarily gone out of circulation.

Security agencies, groups deepen efforts Vanguard, however, learned that security operatives, who are collaborating with some Niger Delta groups, had obtained information on the identities of some members of the group and would likely  pick some of their family members to force them out of hiding.

The Niger Delta Riverine Security (Coast Guard of the Federation) headed by Commander Bibi Oduku, is one of such groups working closely with relevant security agencies to bring members of Niger Delta Avengers to face the full wrath of the law. Commander Oduku said

“Niger Delta Avengers is a criminal and devilish group, which is interested, in crippling economic activities in the Niger Delta and Nigeria. I advise Niger Delta youths not to fraternize with these criminals.”