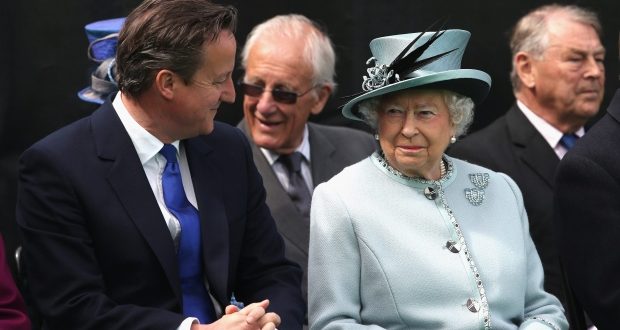 May 12, 2016 Comments Off on Cameron Makes U-turn, Praises Nigeria’s Fight Against Corruption 15 Views 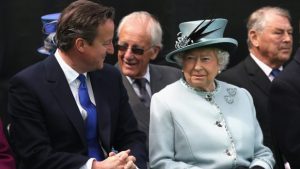 British Prime Minister David Cameron wednesday attempted to reverse his unguarded remark about Nigeria and Afghanistan, two countries which on Tuesday, he, described as “fantastically corrupt”, when he was briefing Queen Elizabeth II on the ongoing anti-corruption summit being hosted by the United Kingdom.

While briefing Members of Parliament (MP) in the House of Commons wednesday, the British PM said Nigeria and Afghanistan had taken “remarkable steps forward” on corruption, reported the BBC.
The PM said the countries’ leaders were “battling hard” to tackle the problem.


His attempt at a mea culpa came after Buhari, who arrived London on Tuesday evening for the summit, said Cameron’s gaffe was not reflective of his administration’s fight against corruption.

However, when asked yesterday by journalists at the pre-anti-corruption conference in London if Nigeria was “fantastically corrupt”, Buhari candidly replied, “Yes”, adding that corruption in Nigeria was endemic, but his government was committed to fighting it.

He went on to state that he was not going to demand an apology from Britain or Cameron, making it abundantly clear that he was more interested in the return of Nigeria’s assets held in British banks.

“I am not going to be demanding any apology from anybody. What I will be demanding is the return of assets. I have already mentioned how Britain led and how disgraceful one of Nigeria’s executives (former Bayelsa Governor, the late Diepreye Alamieyeseigha) was. He had to dress like a woman to leave Britain and left behind his bank account and fixed assets which Britain is not prepared to hand over to us.

“This is what I am asking for. What will I do with an apology? I need something tangible,” he said.
Also in an interview with CNN’s Christiane Amanpour wednesday, Buhari refused to be defensive over Cameron’s statement, saying: “Well he said what he knows about both countries. He did not say what he said to the press, it was a private conversation.”

In its reaction, the Afghan embassy in London said tackling corruption was one of President Ashraf Ghani’s top priorities and “bold” action had been taken.

“We have made important progress in fighting systematic corruption in major national procurement contracts and are making progress on addressing institutional issues as well as issues related to impunity… therefore calling Afghanistan in that way is unfair,” the embassy said.

According to the BBC, Cameron was asked about his comments on Nigeria and Afghanistan during Prime Minister’s Questions in the House of Commons, where he jokingly checked if his microphone was working, refering to “tips on diplomacy” and said he had made “many unforced errors” in the past 24 hours.

Answering a question from Tory backbencher Philip Davies, who asked why UK aid was being given to countries that the PM sees as corrupt, in his reply, Cameron praised the action taken by Afghanistan and Nigeria and warned that cutting off aid could “come back to haunt us here”.

He also defended the action by his own government, including initiatives on overseas tax havens and measures to make sure “plundered money from African countries can’t be hidden in London”.

In the footage showing Cameron’s comments on Tuesday, the Archbishop of Canterbury Justin Welby intervened to say: “But this particular president is not corrupt… he’s trying very hard,” before Speaker John Bercow said: “They are coming at their own expense, one assumes?”

Earlier, Foreign Secretary Philip Hammond said the PM had been “merely stating a fact” in his comments, and ex-London mayor Boris Johnson said people would “find it refreshing he was speaking his mind”.

Downing Street said the presidents of Nigeria and Afghanistan had “acknowledged the scale of the corruption challenge they face in their countries”.
But Labour MPs said a Tory government “hosting an anti-corruption summit was like putting the fox in charge of the chicken coop”.

“The government is refusing to take meaningful action to close Britain’s constellation of tax havens, which together constitute the largest financial secrecy network in the world,” said Shadow International Development Secretary Diane Abbott.

Similarly, British papers — The Guardian and Telegraph — accused Cameron, Britain and the west of hypocrisy.
“They have spent decades ordering poor countries and failed states to sort out their problems with dodgy money, even while taking much of that dodgy money and ploughing it through their banks, their ritzy stores, their estate agents, and their offshore tax havens,” The Guardian wrote in its editorial wednesday.