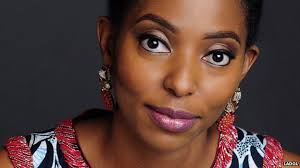 How Nigeria Can Becomes Regional Hub By 2017

The event which as usual, featured a large turn-out of participants from both the public and private sectors in Nigeria also featured presentations by some high level global executives who were handpicked by the organizers to speak on various aspects of the industry’s performance in their respective countries.
Managing Director of the Lagos Deep Offshore Logistics base (LADOL), Dr Amy Jadesimi, was one of the key speakers at the prestigious international event whose presentation centered on “Driving Economic Growth through Indigenous Private Sector Investment in Nigeria”.

According to the organizers, the choice of Dr Jadesimi was in recognition of her company’s achievement of reducing the cost of offshore (drilling and production) logistics support in Nigeria by a massive 50% within the past few years the company commenced full operations.

LADOL has also built West Africa’s largest vessel integration and fabrication yard, in its Free Zone, located in Apapa Port – leading to assurances by the Managing Director that in the next five years LADOL is on course to boost the Nigerian economy with 5,000 direct jobs and over 50,000 indirect jobs. The company also sponsored the Petroleum Technology Association of Nigeria (PETAN) PETAN Local Content event at the conference.

In her presentation, Dr Amy Jadesimi expressed her optimism for the future of the local industry particularly in Nigeria, and her concerns about the current hurdles that must be overcome to reach that future.

The hurdles, according to her, included “the long contracting cycle, the foreign controlled private monopoly strangling the industry and the need for greater collaboration amongst Nigerians, in the public and private sector to create the hundreds of thousands of jobs that will be generated”.

Dr. Jadesimi however commended the administration of President Muhammadu Buhari for assuring investors that an end had come to corruption and the private foreign controlled monopoly in oil and gas logistics services that had stifled investment for so many decades.

Recall that just in March this year President Buhari endorsed LADOL for taking a lead role in the implementation of Real Nigerian Content and for making strategic investments in critical infrastructure that has not only created thousands of jobs but also built a haven for International Oil Companies (IOCs) and their service providers in West Africa.

Jadesimi noted that allied to this, “Total Upstream Nigeria Limited (Total) has also shown tremendous faith in LADOL, by investing in the development in LADOL and carrying out onshore integration in Nigeria for the first time with its FPSO platform valued at $3.8billion.

“This will be a first in the sub- Saharan Africa and is a real game changer. Total must be commended for the foresight it has shown in making such a strong commitment to real local content and driving the industry down a path that will lead to sustained job creation and improving the working environment for all IOCs” she added.

In order to overcome the hurdles which she identified as currently facing the industry, and the huge opportunities that will be realized “once these hurdles are overcome” Dr Jadesimi urged indigenous private sector companies who have invested in the industry, and the government to work together towards the realization of this objective.

She noted that going forward, the industry requires a huge private investment of about “ USD 20 billion per year of private money just to maintain status quo and an additional USD15 to 20 billion to grow the market. This means Nigeria has to become more competitive, we have to become the hub and premier investment destination for the oil and gas sector in West Africa.

“Altogether the industry is targeting production levels of 3 million barrels of oil and 10 million scf of gas per day. Fortunately, the fundamentals of the Nigeria petroleum sector are very strong, with many acreages being self-funding, when in production with strong operational and cost controls in place.

“With this huge market potential and strong fundamentals, Nigeria should naturally be the most attractive oil and gas investment destination in the world, she said.

The LADOL boss further pointed out that beyond these potentials that abound in the country, “governance and macroeconomic factors are also in Nigeria’s favor. From an investment perspective, our current government and the low oil price have created a perfect window of opportunity at precisely the right moment in the life of our industry.

“Therefore, the time has now come for public and private stakeholders to come together and quickly overcome the issues that might derail our otherwise bright future. These issues are well known and easily identifiable – which means that if we want to fix them we can do so immediately”.

Pointing out that one of such issues included “the long tender cycle” she however commended government for announcing a reduction in the tender cycle to six months. “However, six months is still far too long in comparison to our neighboring countries and to reassure investors that six months is achievable, we would like to see concrete and detailed plans on how six months, or even less, can be achieved” she charged.

According to Dr Jadesimi, cost reduction is another vital area that must be addressed. She noted that the industry had maintained an expensive foreign controlled monopoly in the provision of oil and gas logistics in the past “that literally kill our chances of growing the market and attracting new investors. In 2007 when the oil price first began to raise NNPC and NAPIMS insisted that all logistics had to be done from Onne at prices that were the most expensive in the world. As a direct result of this, Nigeria lost billions in investment to neighboring countries and exploration grounded to a halt.

“Now, in this new era of real local content and with the absolute need to attract tens of billions in private investment, we are urging all stakeholders to come together and collaborate to grow the market. This will naturally create more work and good returns for all participants, both old and new” she said.

She revealed that LADOL had already taken a stand in the current drive for higher levels of private investment in the Nigerian Oil and Gas Sector by playing a prominent role in the entire value chain “but particularly in the areas of cost reduction and job creation. Operators that carry out their services at LADOL have halved their offshore drilling and production costs, sending a message to global market that Nigeria is an attractive location from which to support your offshore blocks.

“Cutting costs also makes invest decisions for future exploration and production easier and quicker. For Nigerians wanting to participate in the sector for the first time, our low cost solutions make their business plans viable and our word class facilities make it possible for them to compete on a global scale.

“We also expect that our example will encourage investment in other new facilities. To achieve our market ambitions, we need several more facilities and service providers; we need to create clusters all over the country. Our ship building yard was built in just less than one year, so any new investors can use that as a benchmark showing how easy it is to build in Nigeria” she added.

Dr. Jadesimi further commended the Nigerian legislators, some of who graced the conference, for announcing their unalloyed supports for the industry through legislatures such as the Local Content Act 2010.

According to her, “ We have some good laws already on the books which also need to be fully enforced, such as the Local Content Act, which we were pleased to learn is even now being strengthened through an amendment by our law makers.

“We all have to ensure that we support real local content- that is, investments by Nigerians in building facilities, providing services that add value. Real local content is easy to spot because it lowers costs and creates jobs. The idea that local content adds costs is false and that perception was only created due to rent seeking, monopolistic and agency contracting models that distorted our industry and short changed Nigerians.

“What is important now is that we make the most we can out of this short window of opportunity we are currently in and focus on making the changes in behavior and tendering practices that will yield immediate positive results…we cannot allow foreign companies to dominate the local market under the guise of providing services through indigenous companies who are in reality just commission agents” she added. 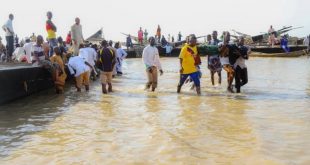