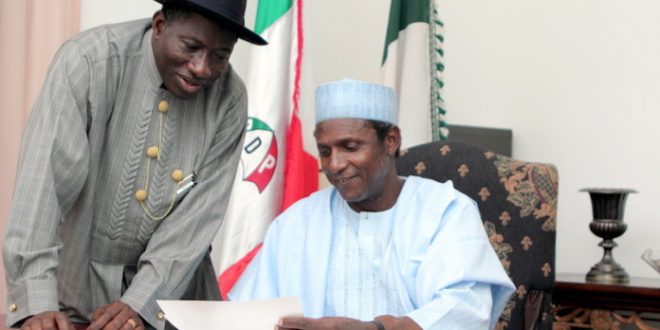 May 6, 2016 Comments Off on Jonathan Pays Tribute To Yar’ Adua 9 Views 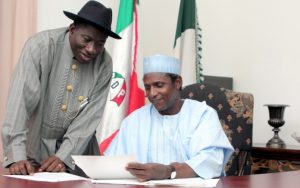 Former President Goodluck Jonathan on Thursday paid tributes to his former principal, former President Umaru Musa Yar’Adua who passed away on May 5, 2010.

Jonathan and Yar ‘Adua were elected in 2007 but following the latter’s death, paved way for Jonathan’s elevation to the position of President on May 6, 2010.

Jonathan on his Facebook page wrote: “Six years ago, I lost a dear friend and partner in democracy, peace and progress. President Yar’Adua was a servant leader and a stickler for the rule of law.

“He may be gone but he is never to be forgotten. I pray for his soul and for him to rest in al Jannah firdaus.”