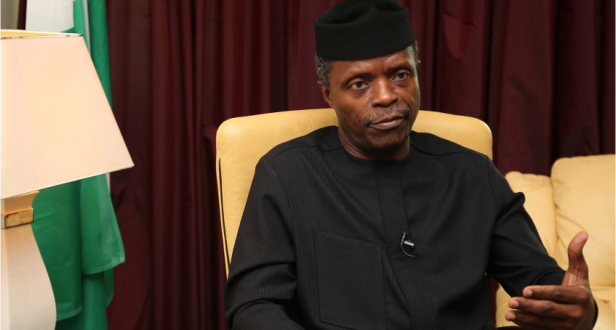 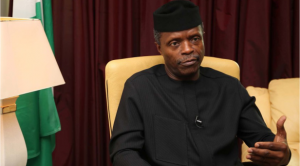 Vice-President Yemi Osinbajo said on Monday that the Federal Government was planning to generate 7, 000 megawatts of electricity for the nation within the next 18months.

The vice president stated this at the presentation of a book “Nigeria: The Challenges of Growth and Development, an In-Depth Analysis by Experts,” held at the Trenchard Hall, University of Ibadan, Ibadan.

Osinbajo stated that power remains a major challenge the Federal Government had been facing, and which the government was determined to solve.

He said that the most important part of the budget would focus on ensuring that the weak aspect of the power value chain was restored.

Osinbajo said that the nation was faced with the problem of conveying gas to the power plant, adding that the pipeline, which remained the easiest method, was frequently facing vandalism.

“Early in the life of this administration late last year and early this year, power generation was possibly at its best.

“On February 14, the Forcados Export Terminal was blown off, effectively ensuring that 40 percent of our gas that goes for power is no longer used for the purpose.

“This situation led to the immediate loss of 1,500 megawatts of power. It is our priority that the pipeline project is completed so that gas will be adequately supplied to the power plant,” he said.

He said that President Muhammadu Buhari had two weeks ago ordered full mobilisation of the military for the protection of pipelines in the country.

The Vice-President said that the Federal Government would, in a few days time, begin the implementation of the 2016 budget, which he described as the most ambitious in the history of the nation.

According to him, the budget is not only ambitious in size but also more in its broad range of fiscal policies. Our strategic implementation plan proposes 33 action points.

Osinbajo said that for the first time in three years, the nation would have 30 per cent of the budget going for capital expenditure, a percentage that was three times higher than the last budget.

He said that the capital expenditure would take care of several aspects of infrastructure, particularly rail, road and power.

He said that government had budgeted that by July, 65,000 youths would be trained in software and hardware, adding that government’s aim was to build a reservoir of technologists.

Osinbajo also listed the training of 370,000 Nigerians in various vocations, conditional cash transfer to the poor and loan facilities for market women as part of the programmes to be expected.

He said that the administration would ensure that corruption has consequences, adding that no public officer who steals would go scot-free.

The Vice-President described the moment as that which Nigerians must come together to ensure that things work in the building of the nation of everyone’s dream.

Reviewing the book, Prof. Jide Osuntokun, said that the writers have carefully highlighted the various challenges bedevilling the nation and how they could be corrected for national growth and development.

“Nigeria’s problem is structural and systemic, and it could be structurally and systematically addressed,” he said.

Osuntokun said that the book articulates various ideas of the writers aimed at building an egalitarian society.

Also, Mr Oba Otudeko, the Chairman of the event, said there was no other better time to discuss the development of the nation than now when they have the company of people who cares.

He described the “House of Lords, Nigeria” as a collection of people whom the interest of Nigeria and the welfare of the citizens were paramount in their minds.

“Let me tell them that they are on the right path and they should not lose sight of the development of the country.

“This book presents a compendium of opportunities. I think it is worth having,” he said.