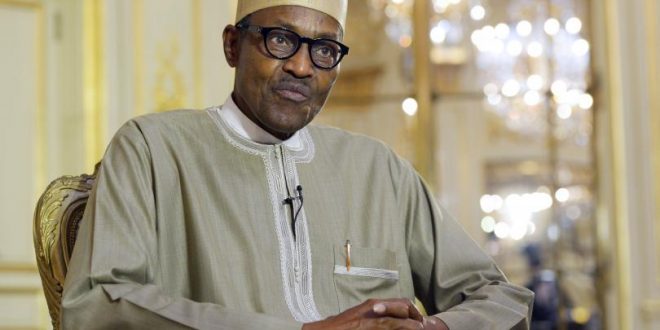 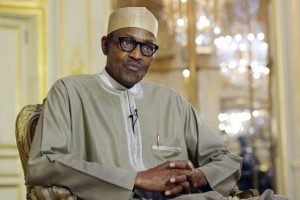 The Federal Government on Sunday kept mum over the recent demand by the organised labour for a new minimum wage of N56,000.

The issue of the minimum wage was not mentioned by the Minister of Labour and Employment, Dr. Chris Ngige, who represented President Muhammadu Buhari, at the May Day rally in Abuja.

Officials of the Nigeria Labour Congress expressed disappointment at the failure of the President to personally attend the annual event which would have given him the opportunity to address some of the issues raised by the workers.

For instance, the National President of the Nigeria Union of Local Government Employees, Alhaji Ibrahim Khaleel, who doubles as the National Treasurer of the NLC, said that the President’s absence was a minus as he missed the opportunity to hear directly from the workers.

He said that Buhari would have had the opportunity to directly respond to the workers who believed in his cause as President.

The last time the President openly identified with labour unions was at the 11th delegates’ conference of the NLC in February, 2015, shortly before his election.

When asked that both the President did not mention the issue of the new proposed minimum wage, he said that the President’s absence caused it.

“That is one of the bad feelings we have as workers representatives on May Day. We believe that it was as a result of the absence of Mr. President. There is no way the President of the country would grace an occasion and salient issues like that would be raised, without Mr. President at least responding to them.”

Khaleel said that while the organised labour did not have the exact reasons for the government’s refusal to comment on the issues, it was a fact that labour had always achieved welfare demands for its members through sustained struggle.

“We cannot say sincerely or talk about the reasons behind the government side not to say anything about it. But we believe that nothing, absolutely nothing, comes to the working class in the history of struggle free of charge, so we are determined and we are ready to pursue our agenda because we believe in our cause,” he said.

There were high expectations that the Federal Government would comment on the issue of the minimum wage during the event.

The expectations of the President’s personal presence at the even reflected in the address read by the President of the NLC, Mr. Ayuba Wabba, who expressed gratitude to the “President for accepting our invitation to personally grace this May Day celebrations.”

NLC’s Deputy Director in charge of Press, Mr. Samuel Olowookere, had told our correspondent in a telephone conversation on Saturday to wait for the response of the Federal Government on the issue of the proposed new minimum wage on May Day.

In an address read on his behalf by Ngige, the President called on the workers to collaborate with the government in the fight against corruption in the public service.

He said, “In this fight against corruption, I need you all to be very willing partners. Fighting corruption in the public service in particular requires the workers to play major roles by cooperating with the government.

Meanwhile, the organised labour in Ekiti State has queried the workers wage bill by the Governor Ayodele Fayose-led administration which currently stands at N2.6bn.

The state Chairman of the Nigeria Labour Congress, Raymond Adesanmi, who called for a review of the wage bill, said the same figure was claimed by ex-governor Kayode Fayemi’s administration.

“The current wage bill quoted was inherited from the immediate past administration. After one year of this administration, we expect that the bill would have reduced.

“This is because no employment was done and civil servants are retiring every day. If this is looked into, more resources will be available for the payment of salaries and perform other government functions,” he said.

Speaking on Sunday during a low-key 2016 Workers’ Day held in Ado Ekiti, Adesanmi said workers were being owed four-month salary arrears by the state government even as he lamented the death of six doctors and a driver from Ekiti, who died in an auto crash along Abuja-Kaduna Expressway last  Sunday.

The workers, who gathered at the Oluyemi Kayode Stadium, prayed God to grant their families the fortitude to bear the monumental loss.

Workers in Akwa Ibom have asked the state government to review the ongoing free education programme with a view to making it sustainable.

The state chairman of the NLC, Mr. Etim Ukpong, said this on Sunday at 2016 May Day in Uyo Township Stadium.

The theme of this year’s labour celebration is, “The Working Class and the Quest for Socio-Economic Revival.”

Ukpong explained that the free education in the state seemed unsustainable as head teachers were made to bear the costs of providing most teaching aids for pupils.

“There is the need to redefine the sponsorship of the free and compulsory education policy.

“For almost five school terms, heads of public schools have been running schools without subvention. For the free and compulsory education to be meaningful, many things have to be done. One of them, sir, is to employ teachers,” Ukpong added.

The Edo State Government has increased the minimum wage of civil servants in the state from N18,000 to N25, 000, with immediate effect.

The State Governor, Adams Oshiomhole, announced the new wage on Sunday, during the 2016 May Day celebration held at the Samuel Ogbemudia Stadium in Benin.

“And in consistency with my concept of non-lamentation, here this afternoon, beginning with effect from today, the least worker in Edo State, we will increase the salary from N18,000 to N25,000,” the governor said.

Oshiomhole explained that details of the increase would be the worked out in collaboration with the Nigeria Labour Congress in order to ensure that it is spread across all levels.

“We will make sure that it is spread up and graduate it down. We will work out the details with the NLC such that even a director will get a salary increase,” he added.

The workers in Ogun State under aegis of the Nigeria Labour Congress and the Trade Union Congress, on Sunday asked Governor Ibikunle Amosun to improve the welfare of human capital components of the state and not only on infrastructural development.

They also called on the Federal Government to fix the economy, bad roads and the epileptic electricity supply, among others.

These were some of their demands at the 2016 May Day celebrations, held on Sunday at the MKO Abiola International Stadium, Kuto, Abeokuta.

In his speech, the state Chairman, Trade Union Congress, Ogun chapter, Olubunmi Fajobi, who commended the governor for the huge success in the infrastructural development in the state, noted that there should be commensurate attention to the welfare of the workforce, because, according to him, “a hungry man is an angry man.”

Civil Servants in Cross River State on Sunday said they have forfeited four-year promotion arrears amounting to N3.8bn to be used for the development of the state.

Chairman of the state chapter of the Nigeria Labour Congress, Mr. John Ushie, disclosed this while presenting his speech during the 2016 May Day celebration in Calabar.

Ushie said that the decision to forfeit the arrears was taken following the observation by the NLC that the state government would not be able to pay the arrears as a result of the dwindling revenue.

According to him, demanding for the four years arrears will jeopardise the efforts of the government in promotion, hence the decision was taken to support the present administration.

“The labour leaders and workers have observed with kin interest the enormous responsibilities shouldered by Governor Ben Ayade of the state in the area of projects.

“Following this development, workers have decided to support this administration by sacrificing all monies accruing from arrears of promotion within 2012-2016 to the tune of about N3.8bn.

“The organised labour in the state are grateful to Governor Ayade for the prompt payment of workers’ salaries in the state,” he said.

Responding, Governor Ben Ayade gave an assurance that he would immediately address all the issues raised by the state NLC.

While the state chapter of the Ayuba Wabba-led NLC held its rally at the Onikan stadium, Lagos Island, the Joseph Ajaero-led faction held its rally under the bridge in the front of the National Stadium, Surulere, Lagos.

The two factions of the labour union charged the government to find a lasting solution to the perennial fuel scarcity and the poor performance of the privatised power generating and distribution firms in the country.

The factional NLC president, Ajaero, lamented that Nigerian workers had become victims of illegal lay-offs in the guise of the poor run in the oil industry, whereas they were excluded when there was boom in the sector.

He condemned governors and private companies, who were championing the sacking and de-unionisation of workers, warning them to desist from such acts.

He said, “Be reminded that Rochas Okorocha sacked hundreds of workers in his state without recourse to procedures, Ikeja Electricity Distribution Company followed the same way while Indorama toed the same path in sacking hundreds in total disregard to our laws and statutes, Nigeria Liquefied Nigeria Gas Limited contractors have turned Nigerians into slaves in their respective places of operation.”

Speaking at the rally the Lagos State NLC Chairman, Idowu Adelakun, pointed out that the present economic challenges the country was facing was as a result of corruption and mismanagement of funds by the ruling class.

Senate President, Bukola Saraki, on Sunday, urged Nigerian workers to be more committed in their service to the nation, especially at this time of economic strain.

He said the growth of the economy and overall development of the country depended on how much support workers gave to government’s policies, programmes and projects.

The Bayelsa State Government has joined Nigerians in congratulating the nation’s  workers on May Day, expressing the optimism that all will be well.

The Commissioner for Information and Orientation, Mr. Jonathan Obuebite, said in a statement on Sunday thar workers remained the most critical component of Bayelsa.

He said workers act as vehicle to propagate policies of the government and give governance more meaning.

According to him, the Workers’ Day is sadly coming at a time when the economic woes of the country and Bayelsa State are getting worse due to dwindling resources.

‘Unpaid salaries made us irresponsible at home’

Sequel to the non-payment of salaries, Ondo State workers have lamented that they the development had many of them irresponsible at their various homes as parents.

The civil servants in the state were being owed salaries of five months by the state government.

Speaking at the May Day celebration thanksgiving service held the C & S Church Movement,  Ijoka, Akure, on Sunday, the Chairman of the State Negotiating Council of the Nigeria Labour Congress and the Trade Union Congress, Mr. Sunday Adeleye, said the situation of the workers in the state was getting worse on a daily basis due to the non-payment of their salaries.