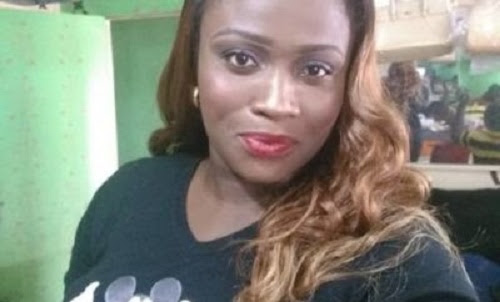 April 19, 2016 Comments Off on How Edo Female Gospel Singer Died With Pastor In Hotel – Husband 50 Views 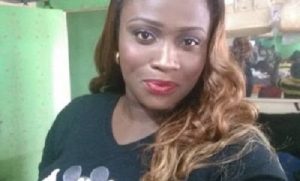 The husband of   the Edo State based  gos­pel singer who died in a hotel room allegedly given to her by a Lagos state based pastor has recalled the deceased last mo­ments.
The widower, Odion Omoarebokhae, told journal­ists that from  footage from  the hotel’s  Closed Circuit Television (CCTV) footage revealed  that his late wife was
and taken advantage of by Apostle Psalm Okpe who was said to have engaged her services for a concert .
Omoarebokhae alleged that Apostle Okpe and his late wife, Yvonne, slept in the same room in the hotel located in Government Reserved Area in Benin City contrary to what Apostle Psalm told police investigators that his wife went home after the church pro­gramme at Sapele, Delta State.
The distraught widower told newsmen in Benin City Monday that he was yet to understand how Apostle Okpe hypnotized Yvonne and took advantage of her contrary to some social media reports that claimed the results of the autopsy conducted on his wife showed that she died of cardiac arrest.
He said that the autopsy was conducted last Saturday and that police doctors told him it would take 30 days for the autopsy results to be ready.
Omoarebokhae said he decided to state what he saw on the CCTV footage because it was only through the media he could fight those he called powerful men behind Apostle Psalm.
The widower stated that the video recordings showed that Apostle Okpe spent over one hour alone with his wife’s lifeless body inside the hotel room.
He said: “My wife is a singer. She goes out to minister and comes back. She went to minister in a church programme in Sapele, Delta State and at 9pm I was called to come to Airport Road Po­lice Station that she had issues with some persons.
I went and the police did not open up until I threatened them. It was later I discovered that Apostle Okpe who invited her for the programme had killed my wife. Luckily, she had sent pictures of the programme to everybody.
“After the programme, she came to Benin and how the Pastor managed to manipulate her to that place is what I don’t understand. I have seen the CCTV footage. Initially, the Pastor said my wife went her way after the programme but we saw in the CCTV that contrary to what he wrote, she actually slept in the hotel.
From the CCTV, immediately they entered, my wife was following him like a dog, like somebody without senses.
“The next morning, Apos­tle Okpe came out of the room. He stood by the door like somebody thinking of what to do before going out with a taxi. He spent five hours outside.
By the time he came back, he went to the reception to demand for his key hoping that my wife had gone to die in her house. They told him that the key was not with them and that his key was with him. They called the porter who brought a spare key and forced the door open.
“Immediately the porter opened the door, he left and the Apostle entered. He spent another one hour 18 minutes with the lifeless body. He went out again and the porter and other hotel staff embers were waiting for him. They asked him what was the matter that the guest inside could not open the door after knocking severally.”
He said his co-minister is unconscious. They asked him to wait and they called the Police.
“The police told me that they met my wife fully dressed like somebody about to go out. They took her photographs like somebody taking a nap.
“I have seen my wife’s body. There is no physical mark on her.
From what I observed, she was given an overdose of substances that her system could not take. People have been calling me telling me to try and bury my wife. I told them that I did not sell her and I will not collect any money.”
“The doctor told me that they have sent the specimen to Lagos and I am now reading about reports claiming that she died of cardiac arrest.
“I want the law to take it cause. I never knew Apostle Okpe.,” he said.
Post Views: 0