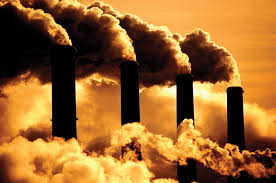 It is not late to stand up against the Paris Agreement that will see the sinking of Small Island states and the roasting of Africa – a continent uniquely exposed to the vagaries of global warming. Of what use is it for poor vulnerable nations to smile to the cameras, signing up to an agreement to do things that will add up to nothing, and with the backdrop that they never contributed to the problem in the first instance. What would Nigeria or any African country gain by endorsing this hollow agreement?

What is needed is for the big polluters to line up and sign an agreement to keep fossils in the ground and urgently ensure a just transition to renewable energy. That is when we will know that there is a climate agreement. Signing the Paris Agreement on Earth Day (22 April 2016) is a poking of fossil fingers in our collective faces and an affront to Mother Earth.

The achievement of the Paris conference was that all nations agreed to take some sort of climate action. This means little if what they promise to do are mere intentions rather scientifically determined levels of emissions reduction based on their current levels of greenhouse gas emissions as well as on historical responsibility.

The expected climate actions are based on Intended Nationally Determined Contributions (INDCs). These INDCs as the name suggests are what each country proposes to do about cutting their emissions. Many of the countries have stated that they would only take certain actions based on some conditions such as availability of finance and technology.

Particularly worrisome is the fact that the world has already warmed up by 1 degree Celsius above pre industrial levels. If all the nations put their INDCs into action, average global temperatures will rise above 3 degrees Celsius, according to analysts. That would be beyond the tipping point by which the world would cascade into irreversible or cataclysmic climate and ecological change.

The Paris Agreement locks in fossil fuels and, to underscore corporate capture of the negotiations, the word, fossil, is not as much as mention the document. It is shocking that although the burning of fossil fuels is known to be a major contributor to global warming,climate negotiations engage in platitudes rather than going to the core of the problem. Scientists tell us that burning of fossil fuels would have to end by 2030 if there would be a chance of keeping temperature increase to 1.5 degrees above pre-industrial levels. The signal we get from the silence on the fossils factor is that oil and coal companies can continue to extract profit while burning the planet.

The agreement is hollow with regard to climate finance because raising necessary funds remains aspirational while rich nations spend trillions of US dollars on war efforts that deepen climate vulnerability of target nations and regions. Loss and damage from irreparable climate impacts remain the imposed burdens that vulnerable nations will continue to suffer.

Signing the Paris Agreement is nothing but letting the polluters off the hook, and burning the innocent to boot. It is time to keep fossils in the ground. Addictions may be hard to break, but for our survival, it is time to break free from fossil fuels.