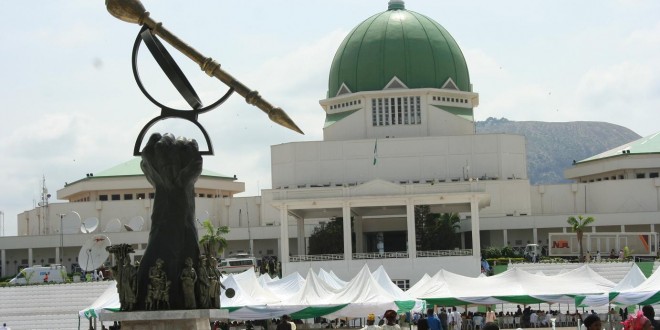 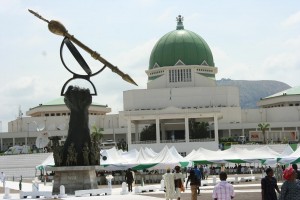 The Senate, yesterday, gave what it described as a final warning to the presidency on its dealings with the legislative branch of government, affirming that it would no longer tolerate the presidency blaming the legislature for its failures.

The assertion which was a direct fallout from brickbats over the removal of the Calabar – Lagos rail project from the final budget, came as presidency officials, yesterday, affirmed that the rail project was in the budget but removed by the committees of Appropriation in the Senate and the House of Representatives.

The claim which was stoutly rebuffed by the Senate and the House was, however, backed by Chairman of the Senate Committee on Land Transport, Senator Gbenga Ashafa, who said the coastal rail project was in the budget report presented by his committee to the Senator Danjuma Goje-led committee on appropriation.

The Senate, last night, in a sternly worded statement urged President  Muhammadu Buhari to sign the budget bill and not distract Nigerians from what it claimed were acts of blackmail on the part of the executive arm.

The statement singled out Minister of Transportation, Rotimi Amaechi for blame, asking him to apologise for seeking to pitch one section of the country against the other and asked him to resign if he cannot show evidence of the inclusion of the projects in the original budget as presented by the president.

The statement issued by Senate spokesman, Senator Abdullahi read in part:  “While the executive is mandated to prepare and lay before the National Assembly a proposed budget detailing projects to be executed, it should be made clear that the responsibility and power of appropriation lie with the National Assembly.

If the presidency expects us to return the budget proposal to them without any adjustments, then some people must be living in a different era and probably have not come to terms with democracy.

“We make bold to say, however, that the said Lagos-Calabar rail project was not included in the budget proposal presented to the National Assembly by President Muhammadu Buhari, and we challenge anyone who has any evidence to the contrary to present such to Nigerians.

We have endured this with equanimity in the overall interest of Nigerians. Even when the original submission was surreptitiously swapped and we ended up having two versions of the budget, which was almost incomprehensible and heavily padded in a manner that betrays lack of coordination and gross incompetence, we refused to play to the gallery and instead helped the Executive to manage the hugely embarrassing situation it has brought upon itself; but enough is enough.

“This latest antics of this particular minister of transportation, Rotimi Amaechi, is reckless, uncalled for and dangerously divisive. Apart from setting the people of the southern part of the country against their northern compatriots, it potentially sets the people against their lawmakers from the concerned constituencies and sets the lawmakers against themselves.

This manner of reprehensible mischief has no place in a democracy. We hereby demand from Mr. Amaechi a publicly tendered apology if he is not able to show evidence that the Lagos-Calabar rail project was included in the budget. Otherwise, he should resign forthwith.

“Finally, by the provision of Section 81 (4) (a) and (b) of the constitution, the President is allowed to sign the budget and kick-start the implementation of the other areas that constitute over 90 per cent of the budget where there is agreement between both arms, even as we engage ourselves to resolve the contentious areas, if there were any.

We, therefore, maintain that even these contrived discrepancies are not sufficient excuse not to sign the budget into law. “We, therefore, urge President Buhari to sign the 2016 budget without any further delay.

For every additional day that the president withholds his assent from the bill, the hardship in the land, which is already becoming intolerable for the masses of our people gets even more complicated. Certainly, as primary representatives of the people, we shall not vacate our responsibility and watch the people continue to suffer unduly.”

The statement followed an earlier press conference where the Senate spokesman also claimed ignorance of the presence of the projects in the budget presented by the president. House spokesman, Namdas at a press conference also, yesterday, accused Amaechi of bringing the Calabar – Lagos rail project to the National Assembly through the back door.

According to him, the report that the project was removed, and its budget appropriated for the completion of the Lagos-Kano rail project was misleading and intended to set the Southern and Northern parts of the country against each other. Meanwhile, fresh insights into how political infighting in the All Progressives Congress, APC, and ego by senior officials of the National Assembly led to the extraction of the Lagos – Calabar rail project and other key infrastructure projects of the administration from budget 2016 have been unveiled. At the centre of the controversy, yesterday, were the chairmen of Senate and House of Representatives committees on Appropriation, Senator Danjuma Goje and Abdulmumin Jibrin.

The reports of the two committees on Land Transport,  contained proposals for the Lagos – Calabar and Kaduna – Idu rail projects which were both removed by the committees of appropriation in both chambers.

Presidency officials were peeved by the fact that the legislature had seemingly removed the carpet from under President Muhammadu Buhari’s feet, given the fact that the action was done just as he was about leaving for China to negotiate foreign assistance necessary to fast-track the projects. Senate spokesman, Abdullahi Sabi and his House of Reps counterpart, Abdulrazak Namdas, yesterday, rebuffed assertions that the Calabar – Lagos rail project was removed, saying in separate fora to journalists that the item was not in the initial proposal submitted by the president.

They also alleged that the Minister of Transportation, Rotimi Amaechi only brought it to the attention of the legislators after the president’s presentation.