Breaking News
Home / Opinion / Tribute To Alamieyeseigha: Nigeria’ll Never Be The Same For Me Without You- James Ibori 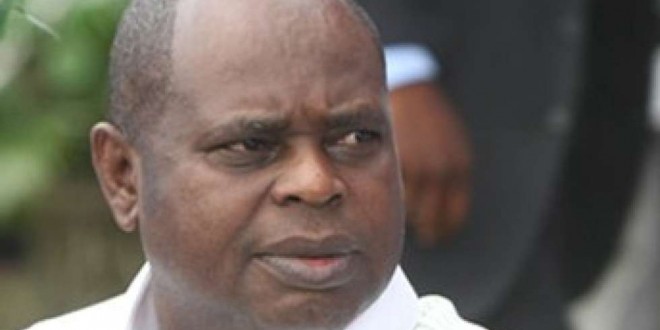 Tribute To Alamieyeseigha: Nigeria’ll Never Be The Same For Me Without You- James Ibori

April 9, 2016 Comments Off on Tribute To Alamieyeseigha: Nigeria’ll Never Be The Same For Me Without You- James Ibori 9 Views 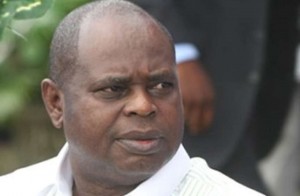 DSP, I write this with a mixture of a heavy heart and compelling sense of pride. Even as I mourn, I find comfort in the love, admiration, reverence and even veneration that have gushed out for you from all parts of Bayelsa, the entire Ijaw nation, and beyond, despite the political persecution and orchestrated disinformation that culminated in the public hysteria against you.

You can imagine the mixture of emotions running through me as I write this. How can I possibly tell your story? Where should I start? It seemed like yesterday when we took over the reins of power from the military administrators in our respective states; Delta and Bayelsa. How can I ever forget the role you played in resolving the chaos and disorder in both states in 1999? Youth militancy, occasioned by deep resentment of the Federal Government’s political manipulation and interference in the Niger Delta, troubled both states.

Unemployment, neglect, degradation of our ecosystem, oil pollution and poverty pushed our youths to convene a conference which gave birth to the Kaiama Declaration. Delta State was overwhelmed by the Ijaw/Itsekiri crisis. How can I forget what you did to sensitize the Chiefs, Press and Agadagbas to intervene positively? You secured the peace that was essential for us to settle into governance.

I can recall my first visit to Bayelsa State after the inception of democratic rule; it was a forgotten state with one road from the East-West Highway to Yenegoa and no more. We went everywhere by boat. Fast forward to two years later; you had transformed the state capital and the neighbouring towns and had by then started your fast-tracked development; establishing schools, notably the Niger-Delta University, sending Balyesans to universities and vocational schools abroad on scholarship, etc.

You provided stable power supply as Bayelsa was not on the National Grid. You actually integrated Baleysa into the Nigerian State and made it part of the modern world. How can we ever forget that? You rose like a phoenix from the ashes of political discontent and discord to bestride Bayelsa’s politics like a colossus. Your people’s love for you was displayed on your return from London in November 2005.

The entire state was agog with joy not because every Bayelsan agreed with your politics but because most Bayelsans believed your travails were triggered by your commitment to their cause. Naturally, you had your ardent supporters as well as adversaries; yet, you rode into Yenegoa triumphantly.

That was a memorable day in Bayelsa’s history. Your enraged traducers sent a heavy deployment of troops to Government House, Yenegoa on a “kidnap or kill mission”. The rest is now history. How can we ever forget that part of our national history? You languished in jail having been slammed with spurious charges which you vehemently denied till you drew your last breath. As your health deteriorated, concerns were expressed at the highest level of Nigeria’s political administration.

Emissaries were sent to plead with you to see reason and end the ‘torture’ by pleading guilty; an overture you resisted until one of our illustrious sons was dispatched to you in Lagos to assure you of the government’s intention to pardon you after your guilty plea. DSP, you know I have the credentials to testify to this fact. Oh, how can we forget your address in court on the fateful day you pleaded guilty?

I have recalled your travails to remind your family that you died in action, and to reassure the Ijaws that you more than earned your title; Ijaw nation’s Governor-General. You also earned your epaulets as “General”. You led the battle from the front like Kings of Medieval Europe. You died from injuries sustained in battle.

You are our martyr! Your spirit stoutly opposed injustice and tyranny. And in 2005 when Nigeria was under the grip of a budding tyrant, you felt that injustice must be confronted and that a society that cowers before tyrants is unworthy of freedom. How can we forget how furious you were when Odi was demolished – with youth militancy as a justification? And when a state of emergency was imposed in Plateau State, you publicly condemned it as an unconstitutional act of rascality. DSP, the events that led to your death climaxed well before your orchestrated arrest. The year was 2005 and the event was the National Constitutional Conference.

The Federal Government convened a ruse in the name of a conference and appointed one of our illustrious sons, a former Justice of the Supreme Court, as its chairman. Unbeknown to the man, the confab’s outcome had already been predetermined in a document containing the final resolutions – though the confab was just starting. The document was handed over to the jurist; he rejected it and threatened to resign. When he emerged from Aso Rock, he immediately called on you for debriefing, after which he came over to see me.

As was usual of you, you immediately summoned a meeting of the Niger-Delta delegates at Oghara, after they staged a walk-out from that confab. You articulated the position of the Niger Delta; to insist on derivation principle of not less than 25% graduated to 50% in five years. You also advised them to coordinate the southern states in opposing any attempt to ride on the back of our demand for true fiscal federalism to impose a six-year single tenure as contained in that rogue report.

The Niger Delta delegates led the assault against the single tenure proposal; the real agenda of the conference conveners. DSP, you had promised to release your memoirs, but could not do so before you were killed. We shall work with your family to ensure its timely publication in order to do justice to your contributions to the Niger-Delta/Nigerian debate. Unfortunately, many Nigerians who joined the public hysteria against you were victims of media manipulation.

I’ll only remind them and their manipulators, of the French writer, Emile Zola’s words: “It is a crime to lie to the public, to twist public opinion to insane lengths in the service of the vilest death-dealing machinations.” To the Ijaw people, I say thanks for the immense honour poured out for our leader, who fell in battle. Such apotheosis is given only to the truly great. DSP, the Ijaws and Niger Deltans salute you. We will honour you forever because we affirm you as our true leader who became a victim of a political “witch-hunt”.

In 17th century medieval England, one Mr. Mathew Hopkins styled himself as “witch-finder General”. What an irony; the biblical Mathew was an ardent and devoted Christ-follower. Just like in 21st century Nigeria when political foes were victims of a witch-hunt, Mathew Hopkins hounded the innocent, the weak, the clergy and political opponents, exploiting the fear of naïve Englishmen and dispatched his victims to the gallows under the guise of cleansing England of witches.

He earned notoriety in the process but earned money as well. Suspected witches (and several social, political and even religious opponents too) were so maliciously charged and tortured until they were either forced to confess or they died. Either way a person had no way of proving his innocence. One unfailing method then was the floating test: a suspect was tied to a chair and set afloat on water. If the person floated, he or she would be burnt as a witch, if the suspect sank and drowned, too bad.

In the Nigerian witch-hunt at the turn of the millennium, a politician would be held in custody until a guilty plea is secured or he died in custody. DSP, you were a double victim; they forced you to plead guilty, yet, the medical complications arising from the years of physical, psychological and mental torture killed you.

Even as I carry my own cross, I can never forget what you stood for. Those who knew the real you and the reason for your “death” will strive to wipe the dust of unsubstantiated blame off your gravestone and leave your name free from the undeserved dirt thrown by mudslingers, even as we wait in the unfailing hope that one day the truth about your travails would emerge.

As Zola said in that newspaper article (J’Accuse) of Thursday, Jan. 13, 1898, “As for myself, I have not despaired in the least, of the triumph of right. I repeat with the most vehement conviction: truth is on the march, and nothing will stop it. Today … the positions have become clear: on one side, those who are guilty, who do not want the light to shine forth; on the other, those who seek justice and who will give their lives to attain it.

I said it before and I repeat it now; when truth is buried underground, it grows and it builds up so much force that the day it explodes it blasts everything with it.” DSP, time, the acid test of values, will affirm you a true leader who made invaluable sacrifices, including the supreme sacrifice, on behalf of your people. T

ime too will expose those who ganged up against you, framed and hounded you to death. A few weeks before your death, we had our last earthly conversation. Despite your travails and failing health, you were only concerned about the South-South. You said “Odidigboigbo, I eagerly await your return so that we can begin the great task of re-uniting our people so they could speak with one voice”. DSP, when I return, Nigeria will never be the same for me without you.

Enemies of our people, enemies of true democracy which accommodates strong, courageous, vibrant and viable voices have actually done their worst; they have “murdered” you.

“Bayo-o”, great navigator in the stormy waters of Nigerian politics – you broke the waves, paid with your life but found devotion in the crew you left behind. Our people will surely find the shores for your life will be their guiding compass. This is not the end, my friend. The prize we sought will still be won. Rest in Peace; great “General”.