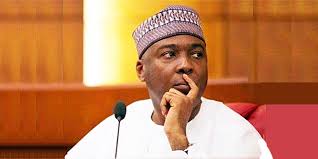 April 6, 2016 Comments Off on CCT:Saraki May Resign, As Senators Mount Pressure 7 Views 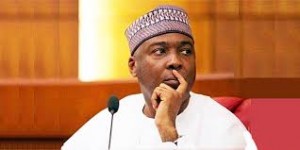 Ahead of the expected judgment of the Code of Conduct Tribunal, following yesterday’s commencement of his trial over false assets declaration when he held sway as governor of Kwara State, Senate President, Bukola Saraki may throw in the towel by resigning from his position any movement from now.

Senator Bokola Saraki In other not to be humiliated while on the throne, some senators including those who had vowed to remain with him to the end of his trial at the anti-graft court, yesterday, asked the Senate President to consider the resignation option so as to save the Senate, as an institution.

It was gathered that the option was thrown to him at a special meeting held by a group of some loyal senators, who followed him to his Maitama residence, shortly after the end of yesterday’s trial at the court.

But as Saraki is considering the option, senators of the ruling All Progressives Congress, APC, appeared to be at loggerhead with their counterparts in the opposition Peoples Democratic Party, PDP, over the Senate President’s successor.

While the APC senators are insisting on producing Saraki’s successor, those of the PDP are favorably disposed to anointing one of their own, a development that has further polarized the Red Chamber.

A senator of the PDP fold, who spoke to newsmen late yesterday, but on condition that his identity would not be mentioned, said Saraki was given the option of resigning basically to save the institution of the legislature.

‘”I can confirm to you that at a special meeting held yesterday, we asked the Senate President to consider the option of resignation. “We believe that doing so would preserve the institution of the Senate, “he said, refusing to speak further.

Asked whether the Senate President was considering the resignation option, the lawmaker said ‘” this was just thrown at him this evening. We believe that he would do the right thing.’”. Meanwhile, names of senators Abdullahi Adamu, representing Nasarawa West from the APC and Suleiman Adokwe of the PDP were being touted as possible replacements of the Senate President to press time.