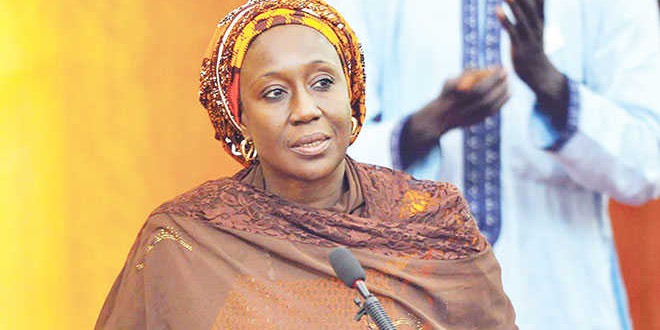 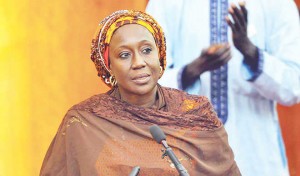 The Federal Government on Monday said that a total of 145 textile companies had shut down operations between 1980 and now due to harsh economic climate.

The Minister of State for Industry, Trade and Investment, Aisha Abubakar, stated this during a meeting with members of the Cotton, Textile and Garment Implementation Committee.

She lamented that the industry, which used to be the highest employer of labour after the government, had become a shadow of itself, employing very few people.

The meeting held at the headquarters of the ministry in Abuja was aimed at reviewing the progress so far made with the implementation of the National Cotton, Textile and Garment Policy.

The Federal Executive Council had on December 17, 2014 considered and approved the CTG policy, which was launched on January 20, 2015, and a National CTG Policy Implementation Committee was subsequently constituted.

At the commencement of the policy, the government said it was targeting a cumulative investment of N255bn between 2015 and 2020.

The main thrust of the policy is to reposition the sector as the second largest employer of labour and a revenue earner for the government.

The policy document also states that the economy will witness savings of $2bn in foreign exchange spent importing textiles and garments.

Speaking with members of the committee, Abubakar said the Federal Government would take the implementation of the policy seriously as it would assist in revitalising the growth and development of the industry.

She said, “Since our coming on board, I have taken time to understand the policies and programmes of the ministry. We have identified the CTG sector as an important sector for revival in view of the very high potential of job creation along its value chain.

“The CTG sector, which used to be the highest employer of labour next to the government, with over 175 mills at its peak in the 1980s, is now a shadow of itself with barely 30 companies operating presently.

“This is no time for lamentation, we are determined to succeed. The country is looking at us. This meeting is called to review the activities this far and to chart the way forward. I am sure the successful implementation of the CTG policy will indeed bring back the glory of this sector through its multiplier effects.”

The Chairperson of the committee, Mrs. Omotanwa Awobokun, said there was a need to address some of the challenges facing the sector.

Some of the challenges, according to her, are funding constraints, smuggling, inadequate power supply, standardisation and the poor yield from cotton seed.

As part of measures aimed at addressing the issue of smuggling, she said a presidential task force on textile had been set up with a clear mandate to reduce textile smuggling by 15 per cent.

The task force, she added, would also carry out diplomatic initiatives to persuade neighbouring countries to support the Nigerian anti-smuggling initiatives.